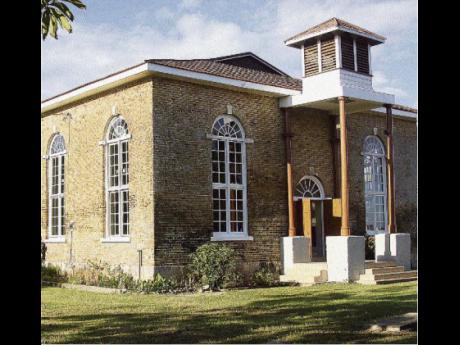 In an interview with The Gleaner, Deputy Commissioner of Police Glenmore Hinds acknowledged that he had given a commitment to meet with clergy members sometime next week.

"I can confirm that an approach has been made and an interest expressed to meet," said Hinds.

However, he was unable to give the precise date when the meeting would be held.

The interest in meeting comes following comments from the senior cop earlier this week in which he said the Church, as well as other organisations, needed to be more active in combating crime.

"My anticipation is that there'll be an understanding (between both groups). I suspect that quite often, a person might not play a particular role because they may not be aware of the role they can play sometimes. It will certainly clarify issues and maybe point to how the two can have a greater impact on what's happening," Hinds added.

He further reiterated that all organisations within Jamaica could do more to stem the crime scourge plaguing the country, noting there were those within the church who had gone above the call to assist, as well as others who had not done enough.

"It's more a reflection on us as a country that many of us can do more," he added.

Meanwhile, general secretary of the JCC, Gary Harriott, told The Gleaner that despite his uncertainty concerning the exact meeting date, the Church would be meeting the acting commissioner as it was committed to do whatever it could to combat crime.

"It is an undeniable fact that the churches are involved in terms of their affinities in Jamaica which help to prevent people from getting involved in crime. We're talking about educational and training opportunities, helping people who have suffered as a result of crime and violence, counselling and so forth."

Harriott said despite these contributions, the Church was always interested in doing more.

"What we're looking at now, even before these recent comments, is to see how we can bring the church community in a more united way. The heads of the various umbrella groups have been meeting.

"Just before December, we decided that we wanted to embark on a particular direction to listen to some of the persons who have critical information about the violence situation so we can be better informed as to how we can respond as (the) Church."

Harriott cited the Peace Management Initiative movement in the Corporate Area and Montego Bay, headed by church leaders and heavily supported by its members, as an example of the Church's response to crime and violence.

He said the JCC has just decided to support a ministry of the Baptist Union in the 100 Lane and Park Lane areas, off Red Hills Road, as another initiative.

"The Church is doing a lot and we believe we can become more effective if we work together, and that is something that we are definitely exploring."