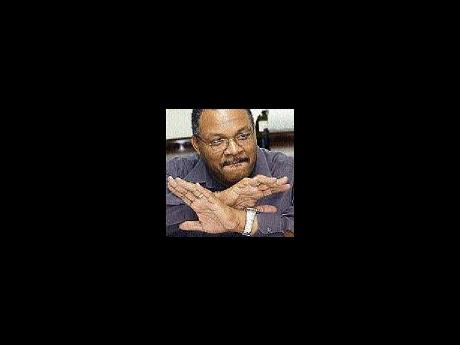 The entire 13 members of the cashier section of the Newport East branch of the Customs Department were transferred with immediate effect yesterday, as the tough-talking Commissioner of Customs Danville Walker responded to whispers that all was not well there.

"Well, basically, from time to time we get reports of infractions that might be taking place and the management puts steps in place," Walker told The Gleaner hours after the transfers were announced.

Walker did not provide details on the alleged infractions, but the move came as a surprise to the workers, who had turned up for duties as usual Tuesday morning.

"Auditors do these things to surprise persons, and the individuals who replaced the cashiers were trained for some time," Walker said, claiming the move had been planned.

According to Walker, the tactic of moving persons around is one that would be utilised during his reign.

While Walker did not provide any details on those transferred, The Gleaner learnt that they included managers, cashiers and batching clerks.

Sources later said a majority of the 13 workers had been moved to the deposit and reconciliation department, described in the customs department as "never-never land".

According to the customs workers, this is a department where the manage-ment banishes persons who have fallen out of grace.

In the past, Walker has defended this tactic, arguing that by taking persons off the front-line based on whispers, he is either protecting the country's revenue or protecting their reputation.

He has argued that the paperwork done in the deposit and reconciliation department is key to the operation of the Customs Department.

The Newport East location of the Customs Department is the epicentre of the sea imports into Jamaica, with transactions valued at millions of dollars each day.

This area has often been pointed to as one open to corruption, and has attracted the attention of Walker since August 2008, when he was appointed commissioner of customs with a mandate to "clean up the department".