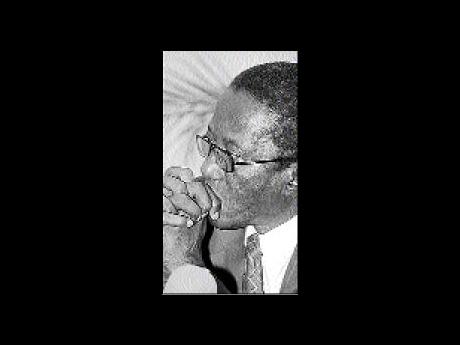 NATIONAL SECURITY Minister Dwight Nelson has repeated his plan to create a civilian force to assist the police.

Last May, in his first address after being appointed to head the security ministry, Nelson argued that a reserve force was a possible solution to the runaway crime in Jamaica.

Yesterday, Nelson resurrected the recommendation in his State of the Nation address in the Senate.

"Immediately initiate the process for the establishment of a police reserve similar to the reserves in the Jamaica Defence Force, which would give citizens the opportunity to assist the police at the community level," Nelson said as his parliamentary colleagues banged their desks.

Later, he told The Gleaner that this was a move he wanted to embark on immediately but the proposal had not yet been taken before the Cabinet.

The security minister provided no other details on how the force would work, but his proposal revived the ghost of the controversial home guard civilian force established by the Michael Manley government in the 1970s.

A similar proposal was made in 2008 by then Opposition Spokesman on National Security Dr Peter Phillips.

At that time, Phillips argued that despite the misgiving based on the home-guard experience, a corps of community safety officers would be a valuable tool in the fight against crime.

Phillips, who served as security minister in the People's National Party government, has frequently argued that community participation is necessary if the country's crime rate is to be reduced.

That is a position shared by Nelson, who told the Senate that the full support of every Jamaican would be needed if the country was to tame the crime monster.

"The Jamaican people must close ranks and reject incivility, disorder and indiscipline. We must not be afraid to oppose the denigration of our women, praise of violence, and the use of firearms as promoted by many of our entertainers.

"We must vehemently oppose the abuse of our children, our women, the disabled and the elderly. Let us refuse to provide safe haven or refuge to criminals and be prepared to provide information necessary for their arrest and conviction," Nelson said.