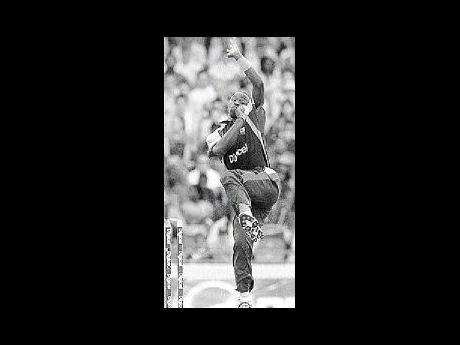 West Indies coach David Williams says pacer Kemar Roach will be central to the team's attack, especially with fellow seamers Jerome Taylor and Fidel Edwards ruled out through injury. However, the coach is wary of placing too much of a burden on the rookie during the one-day tour of Australia.

The 21-year-old Roach has played just five Tests and seven one-day internationals, but has quickly become one of the Windies' leading strike bowlers, with his more senior partners all sidelined.

"We don't want to put too much pressure on Roach (because) that could be very detrimental to his future so we want to take it one stride at a time," Williams said Thursday before the team left here for London en route to Australia.

"It's key for him to have a good series and, looking at the bowling attack that we have, it's very inexperienced. There's no Taylor, there's no Fidel, so he's the one that will have to carry the bulk of the bowling. We don't want to put too much pressure on him, but of course we want him to perform for us."

Roach quickly rose to prominence when he impressed with his pace during the Test series Down Under late last year, as he troubled all the Australian batsmen.

The performance led to a massive US$720,000 Indian Premier League contract earlier this month. He is expected to lead a pace attack that includes fellow rookies Ravi Rampaul and Gavin Tonge.

He will be joined in the squad by Kieron Pollard who, despite precious little international experience, commanded a US$750,000 bid in the IPL.

Pollard has already developed a big reputation in T20s following his exploits in last year's Champions League and the recent T20 Big Bash in Australia, and Williams said he expected him to play a key role as well.

"Pollard is in good form and that's good. If you have a guy who's coming in the middle order and in the latter stages with that sort of form, that augurs well for your team," said the former West Indies wicketkeeper.

"We're just hoping that Pollard will continue with that same form that he has and is able to propel whatever the situation is into a winning position. It's all about Pollard doing his thing when the time comes up."

West Indies will play five ODIs and two T20s on the tour of Australia. They were scheduled to arrive in Sydney last night, and will open their tour with a one-day game against the Prime Minister's XI next week Thursday.