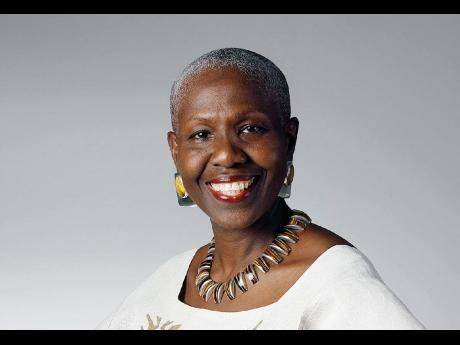 On the London Underground I once saw an arresting public-service advertisement: "Don't rush to flush if it's only pee!" A strong case was made for consolidating waste in order to conserve water. The average toilet flush consumes approximately 10 litres of water. I can't remember the exact number cited in the ad. But several plastic bottles of water were lined up to illustrate the point.

Especially since wastewater is recycled in many big cities and eventually comes back as tap water, I thought it unfortunate to be reminded in this way that what goes around comes around. You really don't want to remember that your piped water is actually processed pee. So, for me, the ad became a subliminal message to buy bottled water.

I googled 'don't rush to flush' but couldn't find the original United Kingdom (UK) ad. I did come across some informative websites. An alarming United States site highlighted the dangers of careless disposal of prescription drugs: "Medicine that is poured down a drain or flushed ends up in waterways and drinking water. Wastewater treatment plants cannot remove the chemicals. Even those thrown in the trash can leach into water supplies. In recent years, studies have found antibiotics, hormones, antidepressants and pain relievers in waterways across the nation. It is believed that these chemicals have caused mutations in fish and other wildlife."

Like it or not, the National Water Commission (NWC) is forcing residents of Kingston to save up more than pee. I've been experimenting to see just how much waste can be moved in a single flush. Surprisingly, it's far more than you might think. Thanks to regular lock offs, I've also perfected the art of bathing in - more like with - half a basin of water. And a thin thread of water caught in a cup can be used to both wash your face and rinse after brushing your teeth.

The headline of my column 'NWC killing us softly' (January 24) made one of my friends think I was writing about the huge bills she'd been getting from the company. But since I've not been rushing to flush, I really can't complain about my bill. I think the quality of Kingston's water is much better than London's, for example, so it's excellent value for money. I don't buy bottled water. I'm not convinced that expensive 'spring' water is any better than our tap water. I use a filter, which I think is good enough.

The problem I have with the NWC is its complete failure to take action to stop housing developments that compromise the integrity of the Mona reservoir. My column provoked a defensive letter from Charles Buchanan, the commission's corporate public relations manager, published on February 1 with the inflammatory headline, 'Cooper's misplaced rage against NWC'.

Mr Buchanan's response is as weak as the water pressure in the city's pipes. He confirms that "the NWC is not an approving or regulating agency for development. The NWC, therefore, cannot legally dictate the use to which developers put their property." But what about corporate social responsibility?

Mr Roderick Rainford goes straight to the heart of the matter in a letter to the editor, headlined 'The NWC and its mandate', published on February 4: "Concerned individuals and civil society groups, in defence of the public interest, regularly seek to provide inputs into the decision-making process affecting developments on private property that impinge on the welfare of the wider community. The NWC, as a matter of duty, should be even more zealous than this, and be vigorously proactive in protecting the efficacy of the mission it is formally mandated to pursue."

Mr Buchanan's allegation that I made "many erroneous assumptions" is simply not true. For example, he states that "to describe the Long Mountain range as 'the primary watershed for the (Mona) reservoir' is, at best, misleading, since the area is not a catchment for the Mona Reservoir and its condition has no direct impact on the volume or quality of water contained in the reservoir".

Providing absolutely no evidence, Mr Buchanan also alleges that my article "selectively uses the referenced environmental impact report to draw conclusions in ways that the report does not or to say more than the report actually says." All I did was quote the report. I did not editorialise.

Most disturbing of all is Mr Buchanan's claim that "the NWC is not, and has never been, the owner of the Long Mountain lands referred to in the article. With the exception of the specific lands which form a part of the NWC's Mona reservoir complex, the NWC has never had the possession of those lands, notwithstanding their relative proximity to the Mona reservoir."

This may be so. But the records at the Office of Titles tell a more nuanced story: "Transfer No. 252942 dated the 11th day of August, 1961 whereby easements and rights appurtenant to the lands comprised in this Certificate of Titles (the words that follow are obscured by the stamp) ... the lands comprised in Certificate of Title registered at Volume 1065 Folio 940 as set out in the instrument were granted to the Water Commission (Corporate Area) a body politic and corporate established under the Kingston and Saint Andrew (Water Commission) Law."

By this transfer, which granted "easement and rights," the Water Commission became the functional - if not legal - 'owner' of the lands: another Buchanan half-truth unclothed.

Almost 40 years later, the title was transferred again: "Transfer No. 1100680 registered on the 28th of November, 2000 to THE MINISTER OF HOUSING at 2 Hagley Park Road, Saint Andrew. Consideration money One Dollar." The NWC shouldn't rush to flush unpleasant truth. It will bubble up to the surface like the accumulated waste in Kingston's toilets.