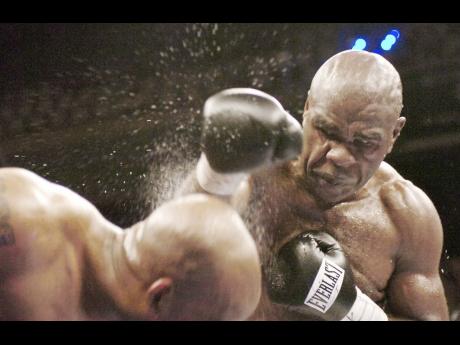 The bout, Cloud's first defence of the title, is set to take place at the BankAtlantic Centre and will be televised as one of two featured fights on HBO's Championship Boxing.

A press conference today at Miami's Fountainbleu Hotel should give details of the card, which is being billed 'Fighting for Haiti' as a tribute to Andre Berto, the Haitian World Boxing Council (WBC) welterweight champion.

Berto will appear against Carlos Quintana in the other headline bout on the card.

In January, Berto had pulled out off a title defence against American Shane Mosley because of stress over the catastrophic earthquake which claimed the lives of over 200,000 including some of his relatives.

The undefeated Cloud won the IBF belt last August with a unanimous 12-round decision over Britain's Clinton Woods, who has a win, a loss and a draw in three battles with Florida-based Johnson.

The 41-year-old Johnson, a native of Clarendon in central Jamaica, earned a shot at the current IBF 175-pound belt with his victory last month over American Yusaf Mack in a title eliminator.