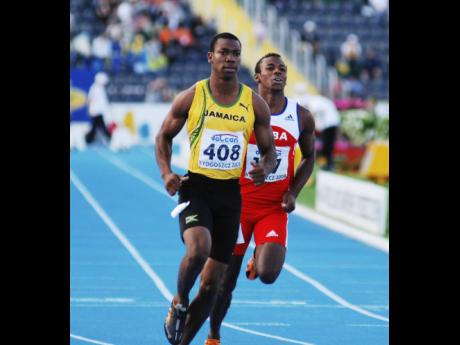 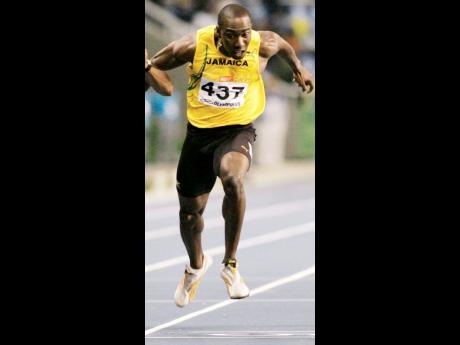 Jamaican sprinters Yohan Blake and Marvin Anderson are two of the main athletes who will be running at today's Lucozade/G.C. Foster College Classic, starting at 9 a.m.

The classic, which is in its fifth year, is sponsored to the tune of $850,000 by Lucozade whose marketing manager, Robeth Streete, handed over the sponsorship cheque to the school's principal, Edward Shake, at the company's office in Kingston.

Shake thanked Lucozade for being " ... very supportive of our athletic programmes by providing energy drinks and supplements".

He added: "This year, we are expecting the G.C. Foster Classic to be very special."

Streete said her company's was happy to be associated with G.C. Foster College, an institution she described a strategic partner.

"Because it's the premier institution in the Caribbean for training, the person who attends G.C. Foster College is coming out to work directly in sports whether as an athlete, trainer or coach, so we think it is very important for them to be exposed to what Lucozade Sport can do to support their team, the performance of their athletes."

Streete added: "We have seen the track meet grow from strength to strength, we have seen performances improving, the organisation of the meet improving, a lot more participants coming into the meet and it's the final stretch before Boys and Girls' Champs, so it's an important meet."