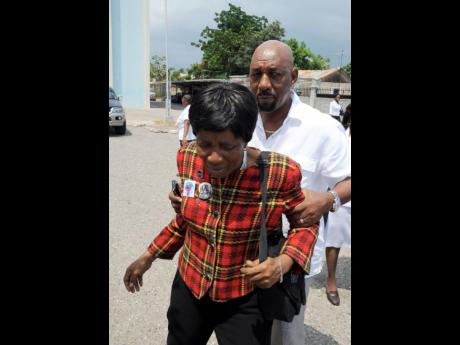 Minister of Health, Rudyard Spencer, tries to win over president of the Nurses' Association of Jamaica, Edith Allwood-Anderson, outside his office yesterday. - photos by Norman Grindley/Chief Photographer 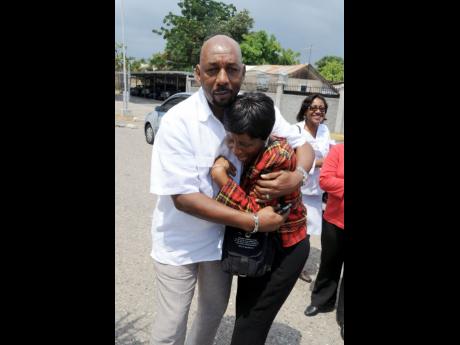 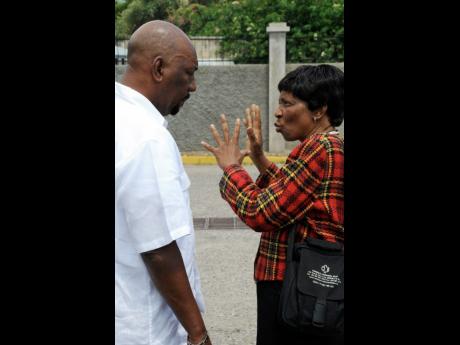 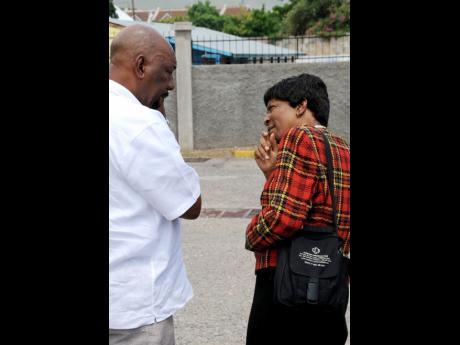 Nurses will begin talks next week with Finance Minister Audley Shaw about money owed to them.

During a meeting yesterday between Minister of Health Rudyard Spencer, Labour Minister Pearnel Charles and Nurses' Association of Jamaica (NAJ) representatives at the labour ministry, a decision was taken for the nurses to meet with Shaw next week, but the parties are to return to the Ministry of Labour at a later date.

Among the things that NAJ president Edith Allwood-Anderson said were on the agenda for discussion with the minister was retroactive payment for March, which was agreed to in December, and an Industrial Dispute Tribunal (IDT) ruling.

The nurses and the Government have been at odds over the implementation of the ruling of the Industrial Disputes Tribunal (IDT) on-the-job evaluation, and the reclassification exercise for health-sector groups.

Last year, the IDT ruled that the Government should confirm a date for the implementation of the reclassification exercise. However, the failure of the Government to implement the IDT's ruling has led to several protests by nurses.

Charles yesterday endorsed the decision to resume talks at the finance ministry but said the discussions should be conducted within a framework of normalcy within the health sector.

Allwood-Anderson has said the nurses are not on strike.

"As far as I know, the nurses are always working in the hospitals and the diverse settings," she told The Gleaner immediately after the meeting.

In the meantime, Spencer told The Gleaner he was elated by the result of yesterday's meeting.

"Today was a better day. We have some understanding in going forward," he said. "They have some concerns and they will be able to address their concerns there. They will speak specifically as to how much money they will be paid, and when, and I think that is critical," he said.

He said there were signs of improvement at the health facilities as more nurses were showing up for duty.

In the meantime, the health ministry has activated its Emergency Operations Centre (EOC) in light of the pattern of uncertainty in the attendance of registered nurses in the public-health system since April 1.

According to a release from the ministry, "The EOC will ensure the ongoing monitoring of attendance of nurses and the impact on service delivery, provide central direction and guidance to the Regional Health Authorities (RHAs) and service delivery points, and determine the nature of the intervention that may be required."

The ministry also instructed the RHAs to recall all nurses in the various categories who were on vacation and departmental leave.

A public appeal has also come from the ministry for retired nurses with experience in the private and/or public-health sectors. Those nurses are being asked to provide service to the public sector by calling 1888-663-5683 (1888-ONELOVE) between the hours of 9 a.m. and 5 p.m.

In addition, a formal request has been sent to the Red Cross and St John Ambulance for skilled personnel to indicate their availability.