GOJ health cards not yet operational 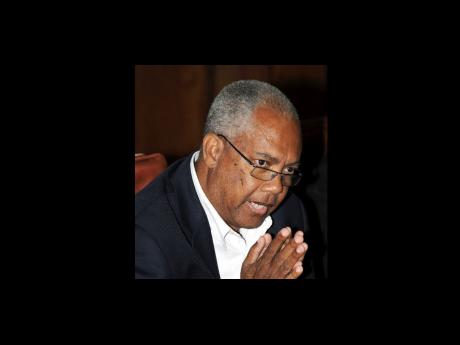 The Ministry of Health is still fine-tuning plans for the Government of Jamaica (GOJ) health card, which is aimed at improving the accessibility of medication to persons who receive care at public-health facilities islandwide.

Chief executive officer of the National Health Fund, Hugh Lawson, said during a recent Gleaner Editors' Forum that of the 110,000 people who have applied for the card, only 80,000 have been processed completely.

"We have not yet distributed them (the cards). We are waiting on instructions from the minister (Rudyard Spencer) to roll this out but I am sure (it will happen) in short order," Lawson disclosed.

During the launch of the GOJ health card last year, it was announced that the card would become a requirement to access prescription drugs from public-sector health-care institutions by February 1 this year.

But two months after the original deadline, Permanent Secretary Dr Jean Dixon says the ministry is still tweaking the procedure.

"The issue here is, we are examining how to have this health card facilitate the collection of health insurance. If you have private health insurance and you present yourself to a government facility, the no-user-fee policy allows for some deduction from your health insurance, so we are ensuring that we get that seamless interface," she said.

Dixon noted that with the present system, the deduction does not happen on a wide scale as only a few institutions have the necessary infrastructure to carry out the procedure.

"We need to ensure that we have a robust infrastructure that will allow us to collect from health insurers," she disclosed.

The permanent secretary said the health card should be fully in place by the end of the second quarter of this year.

Through the introduction of the GOJ health card, persons with prescriptions from public facilities will be allowed ease of access to medication at no cost for items on the vital, essential and necessary drugs list.

Speaking at the launch of the GOJ health card last year, Howard Lynch, who was acting permanent secretary in the Ministry of Health, said the initiative was coming at a time when there was an increase in the demand for pharmaceuticals at the public-health facilities.

"We aim to bring improved benefits to the people of Jamaica, including a more improved and timely supply of drugs, improved management of the drug supply in the public sector and an increase in the human resource capacity in the area of pharmacy," Lynch had said.

But with several other cards such as under the Jamaica Drugs for the Elderly Programme and the National Health Fund, persons argued that the multiplicity of cards could be difficult to contend with.

Dixon said, however, that it was something the ministry was reviewing so that persons could use one card for all services.