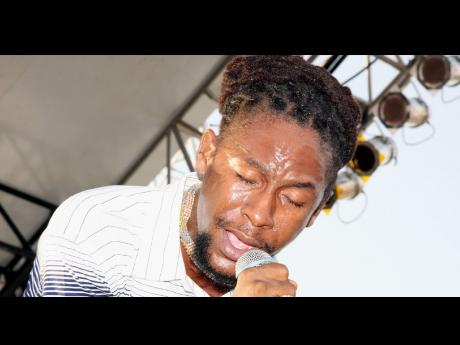 While the annual Westmoreland Curry Festival remains, essentially, a food festival, it is also fast becoming a major musical event based on the calibre artistes being booked for its concert phase.

For this year's staging, slated for Sunday, May 25, at the Manning's School in Savanna-la-mar, Westmoreland, curried mangoes, shrimps and the other exotic dishes might not be the main delicacies, as those mouth-watering dishes might have to play second fiddle to the star-studded concert line-up, which is headed by Danger Zone recording star, Jah Cure.

"Jah Cure is easily one of the most loved artistes in this part of the island," a spokesman for the organisers told The Gleaner. "Members of the public have been clamouring for us to book him so we have decided to grant them their wish."

Taking top billing alongside Jah Cure are the likes of the red-hot Assassin, Kiprich, dancehall's first lady, D'Angel, I-Octane, Stevie Face, dancehall 'it girl' Tifa, the dynamic Edge Michael, the lyrical G-Whiz and the House of Leeds duo of rapper J Youngg and singjay Iyahblaze - all current acts with high profiles on the entertainment circuit.

For the fans of vintage roots/rock/reggae, the promoters have booked two of the enduring stalwarts of the genre in master balladeer John Holt and the soulful Ken Boothe to satisfy their needs.

As in previous years, the fans of gospel music will also have something to clap their hands and stomp their feet to. The renowned gospel star Sandra Brooks, known for Crown Him and In The Days of Noah, signature songs on the local and Caribbean gospel circuit will also perform.

Additional entertainment will be provided by top-flight sound system Sound Genius with DJ Peck. The master of ceremony will be Irie FM's top disc jockey Ron Muschette, who is a past student of the Manning's School. He will be supported by the Linkz96 FM duo of Michael Hyper and Ian Myles.

The annual festival, which is this year being staged under the theme 'Everything Curry', is primarily staged to raise funds for the Manning's School, whose vibrant past students' association has been spearheading the project over the years.