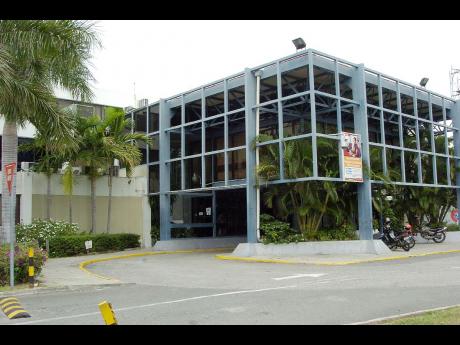 A satellite New Kingston property that now houses three police units has been targeted for development by the National Housing Trust (NHT), which is investing at least $138 million to relocate the units.

The 5.7 acre property at 1-3 Ruthven Road is home to the Centre for Investigation of Sexual Offences and Child Abuse, the Protective Services Division and the Bands Division of the Jamaica Constabulary Force (JCF).

The NHT will be renovating and improving premises downtown at East Queen Street that now accommodate the Kingston Central police for the likely relocation of the Ruthven units, though Sunday Business did not immediately ascertain whether all three operations would be at the same location.

The housing agency said the arrangement amounted to a swap, suggesting that the $138 million being spent downtown was equivalent to the acquisition cost of the Ruthven property, which is owned by the State and held by the commissioner of lands.

The NHT declined to give further details on the Ruthven Road project, saying it was in the "early planning stages".

But according to an invitation for tender posted on the agency's website requesting architectural services to design the development, the project is expected to be a "high-density housing estate" on approximately 5.71 acres.

The NHT said that renovation of the Kingston Central Police Station, which includes additional parking facilities, is expected to get under way in March 2011 and be completed four months later.

A request for bids for architectural services said the proposal should cover renovations to the police station at 45 East Queen Street, and the conversion of lots 79 and 79A on East Street for parking.

The deadline for bids is May 3.

It is not the first time the NHT is attempting to swap lands with the JCF.

In the last decade, the agency, which had set its sights on the Hope Road property that houses the police commissioner, acquired the old Jamintel building at North Street, Kingston, from Cable and Wireless Jamaica for the swap.

But the JCF eventually scuttled the deal, citing a lack of parking facilities.

But there were also concerns about security, given the location of the building next to several inner-city communities.

Since then, the NHT has been unsuccessful in offloading the building, which stands boarded and in disrepair.