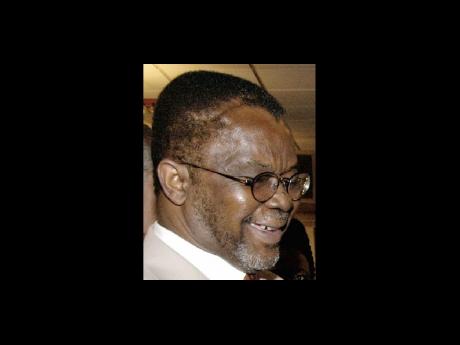 The International Seabed Authority (ISA) will attempt to resolve several issues during its 16th annual session which opens today at the Jamaica Conference Centre in downtown Kingston.

The authority's secretary general, Nii Odunton of Ghana, said not all delegates to last year's session were satisfied with aspects of the draft regulations for prospecting polymetallic sulphides in its jurisdiction.

"They will be resolved at this meeting," Odunton told The Gleaner.

He said the authority's 36-member council was determined to assure delegates of its anti-monopolisation policy. Some were concerned that members could apply for exploration licences to mine minerals beyond their regulated boundaries.

The final regulations will be submitted to the ISA assembly which has the final word on granting exploration licences.

Odunton, who was elected secretary general last June, said the most fertile region for mining polymetallic sulphide is located in the mid-Atlantic. Once companies are given the go-ahead by the authority, they are allowed to mine the polymetallic sulphide which is a source for minerals such as copper, iron, zinc, silver and gold.

Contractors are required to pay the ISA royalties once they are granted a mining licence.

The authority has eight current contractors (seven companies and the government of India) who hold exploration licences to mine polymetallic nodules in the Clarion-Clipperton Zone, which is found in the north Pacific Ocean.

Those nodules contain cobalt, copper and nickel which produce metal when refined.

The drafting of a budget for 2011-2012 and electing new members to its five-group council are other key issues to be tackled by the authority during the two-week conference.

Established at the Jamaica Conference Centre in 1994 by the United Nations as an independent treaty organisation, the ISA has 155 members which are signatories to the Law of the Sea Convention. It administers exploration rights to 50 per cent of the Earth's surface.