Pastor did not have sex with me, says 15-y-o 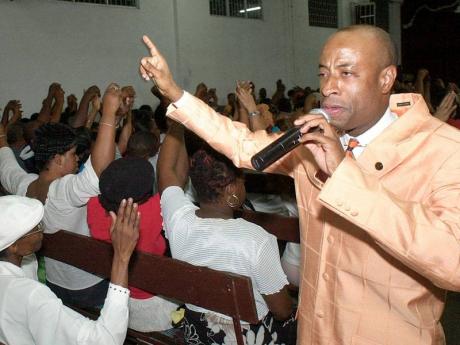 The 15-year-old girl at the centre of the carnal-abuse case against renowned televangelist Paul Lewis has made damning statements in an official deposition that has brought into question the credibility of the investigating officers.

Lewis is before the courts trying to plead his innocence in a case that has received international attention.

The official deposition of the complainant, signed by both the judge and the young girl, revealed inconsistencies, contradicting the original statement given to the police.

According to the deposition, the 15-year-old complainant said a policeman and a policewoman were present while she was being questioned.

She said the policeman told her that when she was in court she should repeat the police statement or she would be sent to Copse (where a facility for juvenile delinquents is located). She also said the policeman claimed that Lewis had a lot of money.

The 15-year-old confessed to the judge, saying she wanted to tell the truth. "Nothing happened on the night in question. He did not have sex with me."

Allegations against the pastor are that last June he met the 15-year-old at a church convention in Little London, Westmoreland, where he was a guest preacher.

He reportedly exchanged telephone numbers with the girl and, in a subsequent meeting, took her and a 14-year-old female companion with him on a trip to Clarendon.

On their return to Westmoreland, the girls stayed with him at his Negril hotel. It was during that night that the alleged sexual encounter took place while her companion watched.

Trial date for the case has been set for October 27.

Lewis' attorney-at-law Keith Bishop expressed confidence that the defence will win the case based on the information that has been presented before the court.

"We are confident that the matter will be dissolved as we go to trial. We maintain that the evidence that has been presented is very weak and we are fighting the charges to the end," Bishop noted.

The accused pastor holds a doctorate in divinity and is an ordained minister. He is the founder and president of The Messengers For Christ Ministries World Healing Center, based in New York.

Lewis, who baptised controversial dancehall entertainer Ninja Man, has authored several books, his most recent being Walking In The Spirit.