Televangelist's trial to get under way today 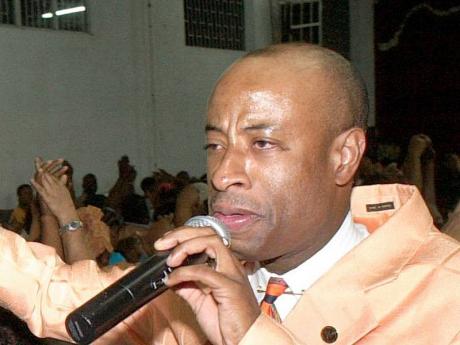 The Reverend Dr Paul Lewis preaches to worshippers during a church service. - FILE

The case, which has been ongoing for more than a year, will swing into high gear as the trial commences.

Allegations against the pastor are that, last June, he met a 15-year-old girl at a church convention in Little London, Westmoreland, where he was a guest preacher. He reportedly exchanged telephone numbers with the girl and, in a subsequent meeting, took her and a 14-year-old female companion with him on a trip to Clarendon.

On their return to Westmoreland, the girls stayed with him at his Negril hotel where the alleged sexual encounter took place while the 15-year-old's companion watched.

However, in a sworn statement, the 15-year-old complainant indicated that the pastor did not have any sexual interaction with her, contradicting the original police statement.