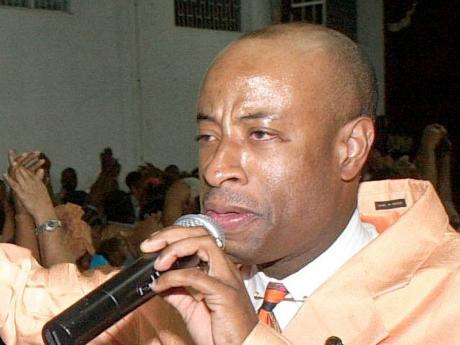 Dr Paul Lewis, the internationally renowned Jamaica-born American televangelist, has been slapped with fresh charges of perverting the course of justice in the ongoing carnal abuse case against him.

When the new charges came up for mention in the Savanna-la-Mar Resident Magistrate's Court in Westmoreland yesterday, Deputy Director of Public Prosecutions Dirk Harrison told Resident Magistrate Collymore Gordon that the televangelist paid and arranged to have a woman named Nadine Fray coach the girls on what to say when the matter goes to court.

Lewis' defence counsel, Keith Bishop, argued that the source who provided evidence on the new charge being laid out by the prosecution could not be trusted as Fray, who is now a witness for the prosecution, was acting out of malice against the pastor.

Bishop claimed Fray was once a good friend of the reverend but the association went sour after one of her close relatives allegedly broke into an apartment in Kingston where Lewis was staying.

Lewis' attorney said Fray subsequently told the pastor she was going to "bring him down".

The televangelist was granted bail in the sum of $300,000 with surety for the new charges. His bail was also extended when the carnal abuse case was mentioned in the Westmoreland Circuit Court.

The Crown is challenging Gordon's decision to grant bail and will be filing an appeal under the new Bail Act.

The RM was informed yesterday afternoon of the Crown's intention.

The trial was scheduled to begin yesterday but was, as a result of the new developments, postponed until November 3.

When Justice Carol Lawrence Beswick heard the new and existing charges against the celebrated pastor, she ordered that subpoenas be prepared for all the witnesses involved in the case and served in time for the new trial date.

In the carnal abuse case, it is alleged that last June the pastor met the 15-year-old at a church convention in Little London, Westmoreland, where he was a guest preacher.

He reportedly exchanged telephone numbers with the girl and, in a subsequent meeting, took her and a 14-year-old female companion with him on a trip to Clarendon.

On their return to Westmoreland, the girls stayed with him at his Negril hotel. It was during that night that the sexual encounter allegedly took place while the 14-year-old watched.

Last week, The Gleaner reported that the official deposition of the complainant, signed by both the judge and the young girl, revealed inconsistencies, contradicting the original statement given to the police.

According to the deposition, the 15-year-old complainant said a policeman and a policewoman were present while she was being questioned.

She said the policeman told her that when she was in court she should repeat the police statement or she would be sent to Copse (where a facility for juvenile delinquents is located). She also said the policeman claimed that Lewis had a lot of money.

The 15-year-old told the judge that "nothing happened" on the night in question.

Lewis holds a doctorate in divinity and is an ordained minister. He is the founder and president of The Messengers For Christ Ministries World Healing Center, based in New York.

The pastor, who baptised dancehall entertainer Ninja Man, has also authored several books, with his recent being Walking In The Spirit.