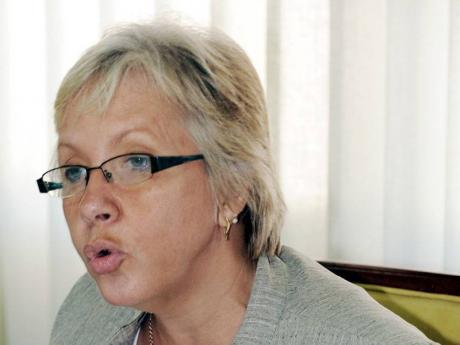 It was an interesting feeling to be in Geneva, Switzerland, and talk to a representative from a foreign country about Jamaica's human rights. Many of these representatives have never been here, and only know about our country through tourism advertisements and the classic reggae song One Love.

It was my duty to explain that Jamaica's international reputation as the home of "no problem, man" belies its abysmal record of human-rights abuses which includes extrajudicial police killings, inhuman prison conditions, and cruel treatment of homosexuals.

The diplomats I met were surprised to hear about the extent of Jamaica's human-rights infractions. And, indeed, that's the main reason why I went to Switzerland.

Along with two of my colleagues, I met with foreign representatives who were attending the Universal Periodic Review (UPR). This is a process where the human-rights records of all 192 UN member states are examined. The UPR, started in 2008, requires each country to account for its human-rights record every four years.

The UPR provides each UN member state - including countries such as the United States, Canada, and the United Kingdom - with the chance to explain the actions they have taken to improve the human-rights situations in their countries and fulfil their human-rights obligations in accordance with international laws.

The 2010 UPR that took place earlier this month marked the first time that Jamaica's human-rights record was examined. I'm deeply honoured that the organisation I'm part of - Jamaicans For Justice - was able to brief several dignitaries beforehand about our concerns with Jamaica's record.

At the UPR, the Government of Jamaica was represented by Marlene Malahoo Forte, minister of state, Ministry of Foreign Affairs and Foreign Trade. When she took the podium, she told the assembled diplomats that "We are moving in the right direction." To emphasise her point, Ms Malahoo Forte repeated her statement at least nine times within 10 minutes.

The painful truth is that Jamaica is speeding in the wrong direction. Ms Malahoo Forte's statement ignores two recent statistics: First, the number of police shootings in Jamaica has increased and will likely top 400 this year. Second, the number of children being held in places of adult detention - in itself, a direct violation of Jamaican law - has increased from the 68 reported to Parliament by Prime Minister Bruce Golding in February this year to more than 100 in October 2010.

More than 40 countries made 119 recommendations to strengthen and improve Jamaica's record. I doubt that the countries evaluating Jamaica's human-rights inaction were satisfied with the Government's official excuse. I know I certainly wasn't. And neither should you be.

Human rights aren't a privilege that the Government hands out to the upper classes or the people with 'good hair'. They apply to all of us, regardless of whether we vote for the Jamaica Labour Party or the People's National Party, drink Red Stripe or Heineken, or prefer Gaza to Gully Side.

The UPR is a reminder of how far we have to go to improve our human rights. A great Jamaican gave the world the song One Love, and it has become a global anthem from Azerbaijan to Zaire. It's time we start practising it in our own yard.

Dr Carolyn Gomes is executive director of civic action group, Jamaicans for Justice. Feedback may be sent to columns@gleanerjm.com