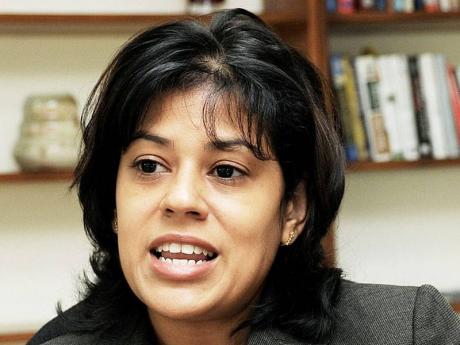 AFTER BEING involved in non-governmental organisations (NGOs) for many years, and observing various challenges as it relates to communication, Deika Morrison, managing director for the Mdk Advisory and Consulting Limited, took the decision to develop a volunteer website.

Morrison said over the years she realised that a lot of work was being done within these organisations, but the communication channels or avenues through which the society, or even the agencies themselves, can be in the know, were non-existent.

This website, which was launched yesterday, will be a vehicle through which important information can be disseminated, to attract more support and to accommodate more visibility.

"Many times we hear them (NGOs) saying, many people don't know about us and we need the public to be more involved, so I have taken up the initiative to come up with this website, which will be a central place in facilitating more awareness," she said.

Morrison also said she is very appreciative of the support that she has received, as many persons have come on board. These include the United States Agency for Development, the Spanish Court Hotel, Environmental Foundation of Jamaica, Mona Geo Information Institute, The Gleaner Company and the Kaizen Interactive.

From this, she hopes there will be more interaction between these agencies and their stakeholders, and that the society will be more aware of what takes place within these organisations.