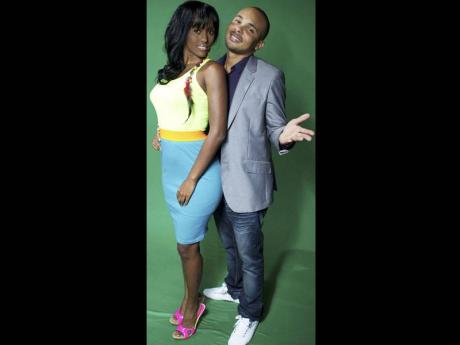 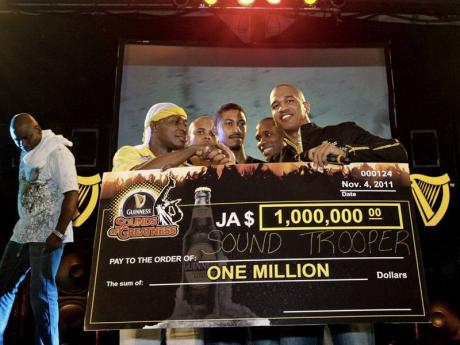 The Guinness Sounds of Greatness might have come to an end, but the images of Little Richie bellowing to his audience from behind the turntables, Ricky Trooper gyrating to every song, and Avatar climbing on top of the speaker box will live on for a long time.

Judging by the reaction from dancehall fans and sound system aficionados across the island, the Guinness Sounds of Greatness achieved just that.

From barber shops, to taxis, to sidewalk CD vendors, persons aren't only talking about the memorable clashes, but reliving them on DVDs and CDs taped from the broadcast on TVJ.

"We are very happy, very proud. The Guinness Sounds of Greatness competition put the brand back on the lips of people in the country," said Guinness brand manager and executive producer, Gary Dixon. "Everywhere you went, you could hear people talking about the competition and it really reflects the connection the TV show had with our consumers," Dixon added.

His sentiments were echoed by guest judge Collin Hines of Fame 95 FM. "I thought it was an excellent idea by Guinness. It was a real shot in the arm for dancehall. I think that the sound-clash culture in Jamaica was dying and this only revived the whole atmosphere," said the veteran radio disc jockey.

Three key new elements were introduced to the Guinness Sounds of Greatness competition, which originally started in 2008. First, Guinness changed it from an islandwide show to a made-for-TV event, which allowed it to reach more music fans weekly. Second, Chris Swag, an animated character, brought a dose of humour and irreverent commentary each week, and third, Guinness introduced two fresh faces to local television - the host Shemile Blake and the MC Walshy Fire of Black Chiney.

The scheduling of the 12 sounds also ensured that a Veteran and a Hot Shot sound would meet in the final, pitting the most ambitious young sound system against the best veteran sound.

"From what I saw, it was special. It really brought back the missing element of the Jamaican dancehall experience," said Irie FM's Big A, who served as a guest judge in the final. "What it (Guinness Sounds of Greatness) also did was to sanitise the perception of the industry and make it into an exciting TV show, and hopefully it continues," he said.

The planning for the groundbreaking Guinness Sounds of Greatness TV show started as early as January when Guinness teamed up with Creative Source to put a fresh spin on what has been one of the foundation art forms of Jamaican music. Banking on the creative vision of Jason 'Jay Will' Williams (director) and Carlene Samuels (producer), Guinness was able to stay true to Jamaican sound-clash culture while making it relevant to its current music fans and its consumers.

This quickly resonated with the public, making Guinness Sounds of Greatness a must-see TV show, which was aired every Saturday night on Television Jamaica.

"I can't think of any low point. It was a massive success all around. What I'm proud of personally is the way how we revived the sound-clash culture in Jamaica," Dixon pointed out. "This is a much-loved art form which hasn't been getting much support. What Guinness Sounds of Greatness has done is to renew that love, because the streets really embraced the competition," Dixon said.

While Chris Swag's witty commentary, Walshy Fire's suave delivery and the irresistible curves of Shemile Blake all made the TV show a hot commodity, the real clincher for the show was the hundreds of supporters that turned out for the live taping each week at the Chinese Benevolent Association.

From horns, to dutch pot covers, flags and whistles, the audience had no hesitation in showing their support for their favourite selector.

"Guinness wanted to ensure we honoured sound-clash culture in its truest form, and by doing so we had to create an atmosphere for dancehall fans and include them in deciding the outcome of each clash," stated Dixon.

Dixon said the partnership with media houses THE STAR and the RJR Communications Group, as well as Aqua Essential and Serato, which gave state-of-the art sound equipment to winner Sound Trooper and finalist Rich Squad, contributed significantly to the show's success.

Dixon recognised the media houses for their excellent coverage weekly, and said their involvement contributed greatly to the overall success of the show.

"We are happy for the support we got from THE STAR and the RJR Communications Group. They came on-board in a big way and we wouldn't have had such a success if they weren't present," he said.