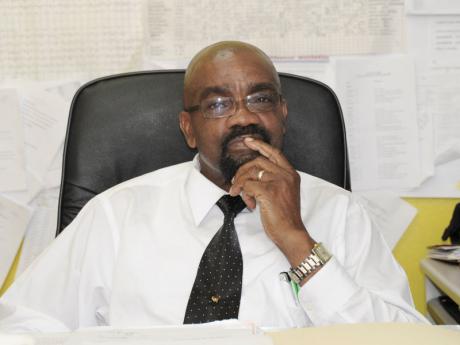 On behalf of the conscientious parents and socially concerned individuals in this country, I apologise to the nation for the gutlessness of the board of Cornwall College for the apology to I-am-not-sure-whom.

Three weeks have gone in the school year, and in the same way that the last one ended, there is a major challenge regarding discipline in secondary schools. It is early in the daCosta Cup season, and while the school might not have the best field and equipment to compete, it certainly has lots of balls. And, football is a game of strict rules.

Last Tuesday, a 10th-grader in this traditional high school, one of the most prestigious in the history of Jamaica, had his brand-name JanSport school bag, containing the books and other effects, which his parents sacrificed to purchase, stolen. Foregoing the temptation to spend it all on Sumfest or to save it for the dysfunctionally timed Fashion's Night Out, they appreciate the privilege of high-school education in a school like this, a beacon of the educational system for more than a century.

Yet, a lad, who did not learn the lesson from his parents or peers, that he should not steal, felt that he had the right to appropriate his classmate's property. Worse, the entire class sewed their lips shut and refused to give up the thief. Note, this is not one of the 'failing' schools.

Founded in 1896 by the Presbyterian Church with some seed money from the government, Cornwall is the first truly 'government public' high school, and although it, like all of the other 'traditional' ones, is historically an elitist institution, it's still one of the best vehicles for persons born in the lower classes to move upwards.

What Cornwall represented was the means of becoming gentlemen and scholars, who could take on the task of leadership in the next generation. Cornwall produced many of our nation's leaders; parliamentarians Drs Kenneth Baugh, Horace Chang and Karl Blythe, and publisher Lloyd B. Smith, are only a few. Add to the list the rarest of intellectuals, Prof Ralston Rex Nettleford, among others.

Quite significantly, it has given to the nation three chief justices: Sir Rowland Phillips, Sir Herbert Duffus and Kenneth Smith. This last point is especially significant, because, clearly, they would have learnt a strong sense of right and wrong and respect for law and order at Cornwall. The first set of laws that children learn to obey outside the home are those of the school.

NOT A CRIME ZONE

No school is a place for children to learn to be thieves, extortionists and bullies. Nor are they locales where young boys become victims of criminals-in-training, who steal the hard-earned lunch money or books that responsible parents and guardians provide.

Stealing a school bag laden with books, keys and other possessions is not a misdemeanour. The bag costs around $4,000 and the books inside, at any single time, can range above $10,000. And, while there is a rental scheme in most schools, if one loses the rented texts, they have to be replaced or paid for.

Furthermore, to cut a set of keys can cost from $200 to $500 apiece. Thus, a bunch can run one into another $1,500. So, if one steals a full school bag, it can easily be a crime where the loot is worth more than the price of a 27-inch flat-screen television. Ask the police Lotto Scam Task Force if something of that value is not enough to arrest an adult and charge him publicly.

A school is not a place for gang behaviour. The culture of silence and anti-informer muteness is all too pervasive and is a major bugbear to the solving of all types of crime. Given the recent scourge of crimes in the Second City, any genesis of unlawful behaviour must be nipped in the bud. Schools are microcosms of society, and pathological behaviour must be arrested before it is allowed to mature.

One can speak volumes about grade 10 adolescents in the 15-17 age group being minors and not subject to criminal law to the same extent as adults. True, they are exempt from being given the death sentence, for example, but a 15-year-old with a gun or other offensive weapon can legally be killed by a policeman or armed civilian, if he is a threat.

One notes that the school resource officer (SRO) at Cornwall had requested assistance from his colleagues to recover the stolen property, which, anyone knows would be permanently lost if the boys were allowed to leave the custody of the school.

Despite the attempts of the SRO, there was no bag, and his classmates were not willing to cough up the young criminal aspirant. Obviously exasperated, he gave the boys an educational field trip to the police station, where the lawmen advised that they were spoken to by a community relations officer, who "... used the opportunity to further address the boys about discipline, education and personal development. Their parents were then called and the boys were handed over to them". Happily, the thief confessed and was detained.

Strangely, the reverend board chairman apologised, expressed alarm, and declared that "internal mechanisms should have been activated to deal with that incident". Parson referred to the crime as a "minor offence". If he really thinks so, it is understandable why young men are not flocking to church because many men of the cloth don't understand the wrath in these young men.

Ask another Cornwall, Superintendent of Police 'Bigga' Ford, about the value of stolen goods recovered by his Flying Squad. Many of the items are valued under $15,000 and some of the perpetrators are the same age as the 10th-graders.

And by the way, in the real world, when police are looking for contraband in a limited geographical area, or when they find a firearm in a yard the size of a classroom, they hold on to everybody. Only if the criminal is given up or owns up to his crime does the heat relent. The boys would have learnt an important lesson about social responsibility and the destructive code of silence.

In curfews, we experience "anxiety, trauma and inconvenience". However, I bet that the one happy parent whose child got back his bag knows that his child was even worse traumatised as a victim.

Too much ambivalence and ignorance exist in the educational hierarchy. It is for that reason that young men, perhaps thinking they can get backing from do-gooders, wear 'nutcracker' pants modelled on their sisters' skinny jeans, to school, even though the rules are explicit. After all, if one can steal an entire bag and thus the future of a child and the board thinks it is a peccadillo, the sky's the limit.

Hopefully, nobody goes over 'board' and sanctions the SRO. Remember, he operates in an institution, run by a Ministry of Education, whose 'experts' didn't have the sense to realise that the withdrawn health and family life education curriculum text breaches the 2004 Child Care and Protection Act.

They dropped the ball on middle-school sex, and if they flip on Cornwall, they will be 'Surrey'.