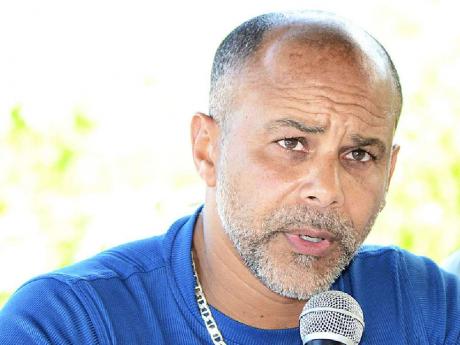 The pending launch of the largest online music store, iTunes, within the Caribbean will augment revenue for Stock Exchange-listed music publisher C2W, according to the company's chief executive officer, Ivan Berry.

It's the second major announcement from the music start-up this year following last month's signing of a deal to represent global publisher, BMG Chrysalis, in the Caribbean. Essentially, these two developments widen the ways in which C2W can earn revenue, having already spent half of the US$1.5 million it raised from its initial public offer in May this year.

"iTunes (will) now (be) in the Caribbean starting 2013," Berry told Wednesday Business in an interview on Monday at the Terra Nova Hotel, St Andrew.

An Apple media relations officer told Wednesday Business in a telephone interview that the company would decline to confirm or deny launch plans for Jamaica in 2013.

"They just opened in 52 territories, including most of the Caribbean islands. They will be here in 2013 and that changes everything for everybody," Berry said.

The United States-based Apple, which owns iTunes, said it plans to launch the online music store in more than 50 countries, including eastern European territories such as Russia and Turkey. The iTunes store is currently available in 119 countries offering more than 20 million songs.

Berry said local stakeholders held discussions with Apple months ago on the matter.

"iTunes will be in the Caribbean and what that does for the Caribbean people is that it triples income on every level," he said, referring to artistes and other stakeholders.

Berry explained that it will equate to increased revenue potential for C2W from digital downloads as physical CDs are mostly extinct. A song typically sells for US$0.99 on iTunes and that amount is evenly split between Apple, the record company (owner of the master recording), and the publisher, Berry said.

Berry explained that local artistes without an international label will, upon launch, have easier access to uploading songs to the iTunes database.

"Now you don't have to be Sean Paul to sell your music on iTunes anymore. The (ordinary) man will get a chance now," he added.

C2W holds some 680 copyrights but also represents one million songs under BMG Chrysalis catalogue, which includes some of the biggest names in pop music.

"The new link with BMG Chrysalis is a tremendous potential for the company. The company is looking forward to 2013 for very positive things. And the iTunes development has great potential," said Chris Bovell, attorney and mentor to the board of C2W.

Under a three-year deal with BMG Chrysalis, C2W will act as the Caribbean sub-agent for the company and all of its catalogues, songs and songwriters.

C2W will collect 100 per cent of BMG Chrysalis's royalties from all potential revenue streams, from which the music publisher will earn a 10 per cent fee.

The great growth potential, however, lies in regulating the region for song usage in advertising, Berry said.

"Our copyright was not protected in the Caribbean, so that was our major interest point (with C2W)," she said. "Traditionally, major publishers were not down here. We as a major company we focus on larger territories to put offices. But when the opportunity came with such an enthusiastic partner (C2W), it made sense."

C2W reported a net loss of US$0.3 million and US$0.7 million for the third quarter and nine months ended September 30, 2012. The company, which only earned some US$1,544 in revenues during the review period, blamed start-up activities as contributing to the loss.

Berry on Monday stated that its operational costs are on track as per the business plan.

He stressed that the company will not require additional capital in the short term.

"We are extremely stable. No, we will not need more money. Our projections indicate that we don't need that," he said.

Berry said C2W is currently negotiating for its songs to be utilised by North American singers, and that royalties from those songs would take some six to nine months to materialise.