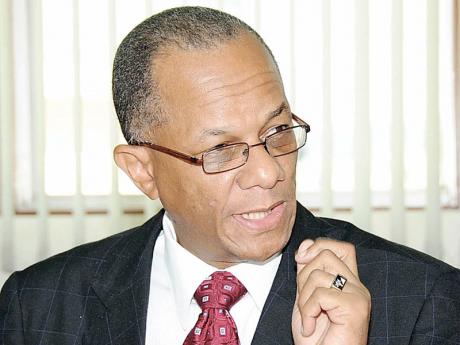 Former Senator, Arthur Williams, will be applying to the Supreme Court today for an injunction to bar Jamaica Labour Party (JLP) Leader Andrew Holness from filling vacant opposition seats in the Senate.

Last week, Senate President Floyd Morris announced that Williams and Dr Christopher Tufton had resigned from the Upper House; however, it was later disclosed that their resignations had come by previously undated letters they had signed for Holness as a condition of their appointment in 2011.

Williams, in a suit filed against Holness yesterday, is asking the court to find that the undated letters of resignation, which Holness submitted to the governor general, were not valid because when Holness requested the senators' resignations, they said they were not prepared to do so.

Holness had demanded the resignations of all senators after his win in the JLP leadership challenge earlier this month.

Williams is contending that Holness used strategy to secure the resignation.

Williams reported earlier that the signed but undated letters had been written by seven of eight opposition senators before being appointed.

According to Williams, the letters were to be submitted only if any of the senators departed from the party's position for a referendum on the Caribbean Court of Justice. It is his contention that Holness used the undated resignation letters for another reason.

He is asking the court to find that his undated resignation letter, submitted to the governor general, is a breach of his constitutional rights.

He also wants the court to declare that the appointment of senators is for the term of the life of their appointment.