Taylor is back... Bowler recalled by Jamaica after two-year absence 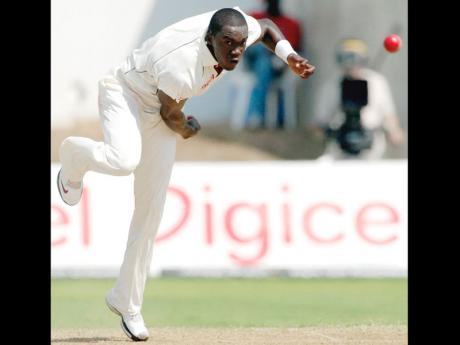 Injury-plagued fast bowler Jerome Taylor is among 12 West Indies players who have been named in a Jamaica 44-member training squad to prepare for upcoming regional Four-day and Super50 tournaments.

Taylor, who last represented the West Indies in June 2010 against South Africa in Trinidad and Tobago, makes a return to the national set-up after a two-year absence primarily due to a recurring back injury.

He last played for Jamaica against Trinidad in March 2011 at Sabina Park in a Four-day encounter.

The 29-year-old was also a part of Jamaica's squad for the 2011 Super50 tournament in Guyana, but did not play a game due to his injury.

His last internationally recognised match was in August last year where he turned out for the Ruhuna Royals in the Bangladesh Premier League T20.

Taylor has also participated in national tournaments, including the just-concluded Jamaica Premier League T20, where he represented Mandeville Thunders.

The training squad, which is set to participate in a number of training sessions and trial matches, also includes captain Tamar Lambert, Andrew Richardson and Odean Brown.

Also of note is the inclusion of the five Jamaican players who were a part of the West Indies Under-19 team, which recently withdrew from their tour of Bangladesh.

The squad members, who will be supervised by recently reappointed head coach Junior Bennett, in the meanwhile, is set to undergo a physical examination next Tuesday at Sabina Park.

The physical examination is to be conducted by fitness trainer David Bernard Jr.

Jamaica, the former five-time champions, were dethroned last year of the regional Four-day title by Barbados, while in the Super50 they were beaten by eventual champions Windward Islands in the semi-finals..

The 2014 Super50 is scheduled to be held in Trinidad beginning in late January, while Four-dayers are set to start in late February.