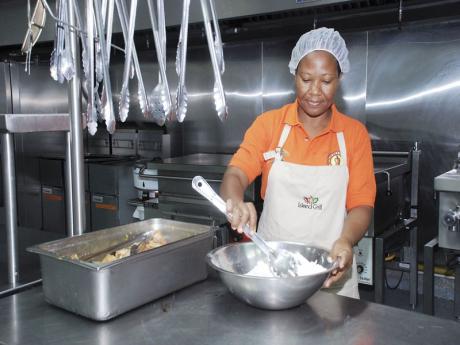 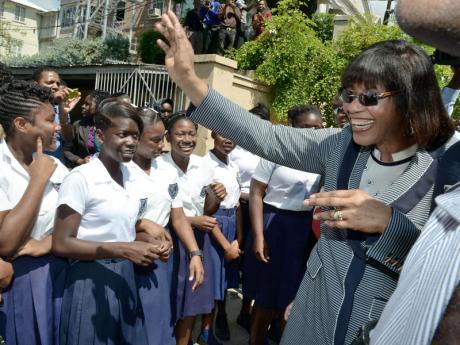 Bet you someone is going to jump down my throat because I am allegedly Portia-bashing, but "Jeezam!" can we get some action and less talk?

Exactly a week ago, at the 27th executive committee of the Parliamentary Confederation of the Americas women's network in Montego Bay, the Comrade Leader lamented the lethargic progress of women in politics.

True, fewer than 10 per cent of our elected members to the Houses of Representatives since Universal Adult Suffrage have been female. Moreover, of the 10 heads of government since 1944, Portia Simpson Miller, fitting neatly into that 10 per cent, is the sole female. That she was elected prime minister is an achievement, but now has that helped the status of women in this country beyond the symbolic and inspirational?

Portia was as right as rain and as
spot-on as a Dalmatian when she warned not to "... sit back and feel
comfortable because a few women have been able to break through the
barriers and create history". Furthermore, they "... are used as proof
that there is little to complain about ... I say, not enough progress in
this area".

And quite rightly, she has argued,
"Women's voices must be heard more and louder anywhere that public
choices are being made that affect our lives."

Doubtless,
the People's National Party (PNP) has been the party that has done the
most for women in our short history as a nation-state. But what has it
done for women lately? Recently, its senator, Imani Duncan-Price,
suggested sex quotas in the legislature, and I will give that the
seriousness that it deserves.

As blasphemous as it sounds, the ascendancy of
Portia as prime minister has done no more for women than the rise of
Barack Obama has for black people in the USA. This is the unpleasant
reality we have had to accept. In conversations among the Association of
Black Sociologists in the USA, we admit that we are caught between a
crack and a dark place. Obama is 'ours', so we don't want to be taking
him down. But a people who have been 'downpressed' for centuries need a
real hero, but we cannot ask less from him than is just and fair. It has
been six years of the first openly black presidency, and apart from the
non-racial Obamacare, there is nothing black about his
agenda.

Similarly, Portia has been our first female
prime minister, and has now led this country, in aggregate, three and a
half years. Prior to that, she was labour minister for more than a
decade. Then and now, Sister P has had a glorious opportunity to make
the lives of women more palatable and to enhance their
uplift.

True, having more women in the legislature
might nominally tip the balance. However, real empowerment has to lie in
the world of work. Money is not all, but it ranks a close third to
water and oxygen. Thus, the best way to ameliorate the lives of the 51
per cent of us who carry 100 per cent of our population for nine months
is to set a solid 'agender' for them.

Sex equality in
Jamaica is a relatively recent concept. It is not well-publicised that
under the old Constitution, in force until 2011, there was no protection
from discrimination based on sex. The former Section 24 covered race,
place of origin, political opinions, colour and creed, but sex was as
missing as in a loveless household. It is this lack of equality in the
Constitution, framed ostensibly by powerful men, which allowed for the
then 22-year-old Women (Employment of) Act to be maintained on the books
until today. This legislation prevents most categories of women from
working at nights and restricts some women from working more than 10
hours in any day.

In 1990, the International Labour
Organisation (ILO) adopted the Night Work Convention 171. Despite robust
discourse nationally, it is only now that there seems to be any
committed determination to bring the matter to Parliament as part of the
flexitime discussions.

Nonetheless, no real effort
had been made to ratify the convention. In fact, after belatedly
ratifying Conventions 138 and 182, which deal with child labour, back in
2003, Jamaica has not even looked cockeyed at another convention to
ratify, or has passed any other pro-woman labour
law.

Some 10 months ago, Government promised to ratify
Convention 189, concerning Domestic Workers. However, if the pattern of
the past 20 years is anything to go by, it is likely to be another
un-maid statute.

For a party that under Michael
Manley's leadership gave to the Jamaican woman, whose 80 per cent of her
children were born 'bastards', the Status of Children Act and the 1979
Maternity Leave Act, much was expected and is still
undelivered.

Within the 1975 Employment (Equal Pay for
Men and Women) Act, gaps as wide as the effeminate thespian's teeth
were found by the ILO since 1990 when Portia was labour minister. Up to
the last report, it has asked the Government to amend the act to
discontinue the pattern of 'female-dominated' occupations being paid at
lower rates than males, although they have equal organisational
value.

Since the rock of ages was a pebble, this
country has hankered for legislation on sexual harassment, a scourge of
many women and now a few men in the workplace. Where is the draft
legislation? We also know that the majority of persons in the world of
work affected by HIV/AIDS are women, and one major impediment is their
low economic status. Why haven't we yet legislated the 2001 ILO
policy?

We know Sister P has made veiled promises to
sexual minorities, but I am home anxiously waiting for woman time to
come.