Yohan Blake: The beauty of 'The Beast' 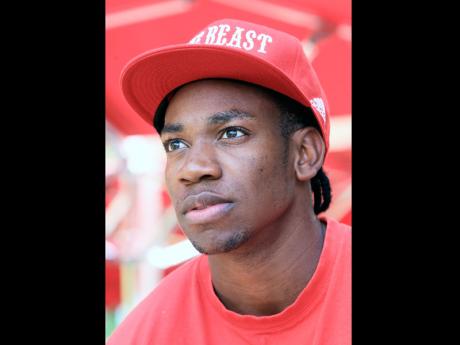 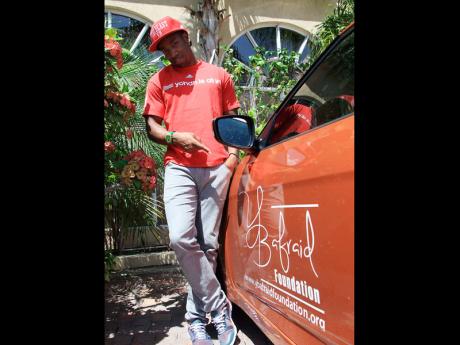 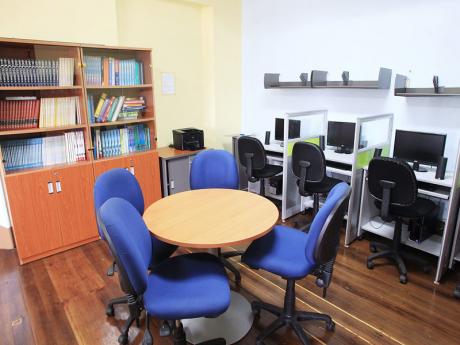 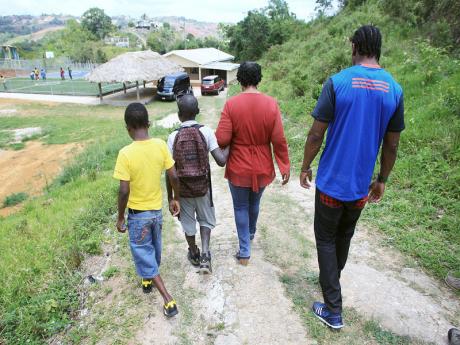 He is celebrated around the world as one of the greatest sprinters on the planet; the youngest 100m world champion - the second-fastest man in history.

There is, however, someplace where he is all that and so much more; where he represents the ideal that it's not where you start, but where you finish, and to youngsters, who know very little about love and care, Blake embodies the concept - a father figure of sorts.

They call him 'The Beast', but double Olympic silver medallist, Yohan Blake, has a soft side after all.

Characterised by a background of borderline poverty, Blake's story is one that isn't uncommon to that of many Jamaicans, but it's his determination to lift others out of similar struggles that makes him special.

The 24-year-old athlete, through his YB Afraid Foundation, which was started in 2011 - months after he won gold at the IAAF World Championships in Daegu - is a major benefactor of the Mount Olivet Boys' Home - a facility established for abused and underprivileged young boys, who end up in the State's care.

For a team of journalists assembled by the IAAF, the opportunity to visit the facility, along with Blake, during their Day in the Life project, provided a rare opportunity to witness first-hand just what it means to the youngsters, and indeed, to Blake himself.

The Olympic relay gold medallist's visit to the facility was met with broad smiles and full hearts, as the wards flocked their champion in 'Blake is all in' adidas-branded T-shirts, in what seemed a fitting proclamation of the sprinter's commitment to the projects and, in fact, to their lives.

'a big drive for me'

He drives their lives; they fuel his desire for greatness.

"It's a big drive for me, it's one of the most important drives for me. Many times at training when I feel like I can't go, I remember that it's also to make my family happy and also to help the poor," Blake shared.

"Why be afraid to give, why be afraid to help someone?" Blake quizzed rhetorically in a play on his charity's name and his initials. But why did he decide to give?

"Growing up was really tough for me and I always said to my mom that I wanted to be better, not only for myself, but also to help young kids, and that's what I am doing, because I have been to some places in Jamaica and they really made me cry when I see how many kids are suffering," Blake reasoned.

"I didn't grow with any gold spoon in my mouth, I didn't know I was going to turn out to be this type of person, and so I have to give God thanks," Blake added, in between chatting and playing a little football with the kids and leading a tour of the facility which houses more than 20 youngsters. "These are kids that have been abused, neglected, left on the road for people to find them. These are the kids that we are trying to get back and strengthen their minds."

Chairman of the YB Afraid Foundation, Timothy Spencer, who, along with Executive Director Melissa McIntosh, oversee the day-to-day operation of the foundation and see to it that the needs of the home are met, is mindful of the huge impact of Blake's involvement.

"Absolutely, this has been a tremendous project. These boys have been through more than they should. Some of the stories I wished I didn't know, but they are resilient and they are inspired by Yohan and his emotional connection to them is real and growing," said Spencer, who also announced that plans are afoot to support a charity in Blake's Montego Bay hometown, with the sprinter also wanting to spread his support to Africa in the future.

Director of the Mount Olivet Boys' Home, Sonia Lowe, was close to tears as she spoke of the athlete's contribution.

"My admiration for Yohan, personally, is that he is a young man himself. Many people talk the talk, but they do not walk the walk and they make promises and our children here have already been abused, mistreated, abandoned, and he is a young man that has put his heart into his foundation," she shared.

"He looks at the needs in a financial sense, but he also looks at the needs on a emotional sense," she added. "They look forward to him coming, they talk to him on Facebook, they have his personal cell number. When he comes, he has his private moments and they sit and talk men to men and they discuss whatever they want to discuss."