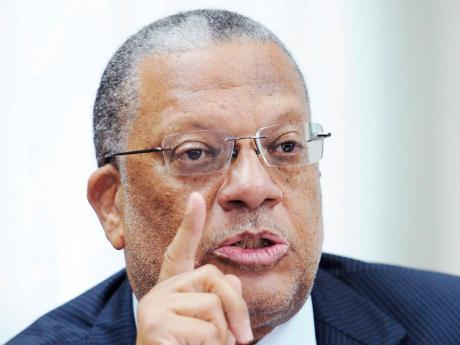 Finance Minister Dr Peter Phillips could today unveil whether the Government is heading in that direction when he opens the 2014-2015 Budget Debate in the House of Representatives. The Govern-ment has already conducted an independent study on the matter, and has engaged the IDB to undertake another study.

At present, GCT does not apply to petroleum, but these products, like tobacco and alcoholic beverages, are subject to SCT. The SCT on petroleum has both specific and ad valorem components, which vary by product. Jamaica collected $35.7 billion in SCT revenue in 2011-2012.

Information released by the Ministry of Finance under the Access to Information Act (ATI) indicates that if the current SCT regime is replaced with GCT, the "after-tax position of exporters will be improved, as exports are zero-rated under the GCT".

"By reducing the cost of exports, this could make Jamaican goods more competitive in international markets," information contained in the terms of reference for an IDB consultancy on a study on petroleum reveals.

The terms of reference indicates that the Jamaican Government believes that the proposal for the reform cannot be both price neutral and revenue neutral.

"If the proposed reform is price neutral, it will lose revenue due to the zero-rating of exports under the GCT and credits that would be granted to business using petroleum products as inputs," the document says.

It added that such approach would lead to increased revenues because GCT would be applied on the markup charged by intermediaries selling petroleum products.

The document claims that if the reform is revenue neutral, final customers will face higher prices, based on data collected by the finance ministry and Tax Administration Jamaica.

"The price effect would thus attenuate potential gains in competitiveness. The authorities also worry that the proposal, if adopted, could increase administrative and compliance cost." It also said that additional revenue loss could result if distributors and retailers of petroleum products are non-complaint with the proposed GCT.

In the last fiscal-policy paper tabled in Parliament last December, as well as in a supplementary memorandum of economic and financial policies presented to the International Monetary Fund (IMF), the Government said a study would have been conducted by March 2014 on the scope for imposing GCT on petroleum products. The documents said the conclusions of the study would guide possible implementation in financial year 2014-2015.

A blueprint on tax report, which was laid before Parliament's tax measures committee earlier this year, revealed that the imposition of GCT on petroleum products, while reducing the rate of SCT, means that "there will be increased cost to the consumer".

The document, however, pointed out that the SCT is an efficient tax and that there may be no need to impose GCT on petroleum products.

The Jamaican authorities say the current structure of taxation on petroleum has been resulting in economic distortions, even though it maximises tax revenue. The document prepared for the IDB states that petroleum products are used in all economic sectors and the GCT exemption has the effect of breaking the GCT chain.

It noted, for example, that the GCT paid by Petrojam for the purchase of oil is not recovered as GCT input as Petrojam sales are not GCT exempt.

"If petroleum products are included in the GCT net, the GCT chain will be restored and Petrojam will be allowed a credit for the GCT it paid on purchases," the document said.

Economist Ralston Hyman said yesterday he expects Phillips to speak about the proposal for the reform of tax on petroleum products but does not expect it to be announced in the form of new taxes.

Similarly, Brian Pengelley, president of the Jamaica Manufacturers' Association, said he does not expect an announcement from the minister on the subject today. He said that the association has submitted comments on the proposal, but the discussions were in the early stages.

Meanwhile, Hyman also said he was not expecting the minister to announce new taxes today, noting that the $404 billion in recurrent expenditure which was proposed in this year's Budget represents 26 per cent of GDP, which is roughly the amount which is normally collected in taxes yearly.