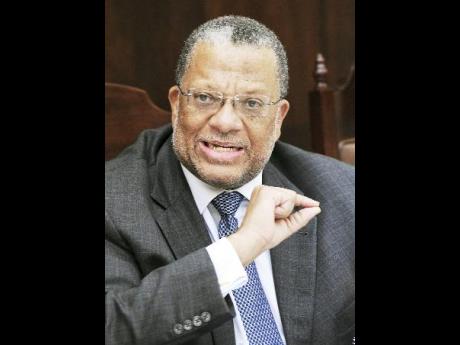 TAXPAYERS WILL today listen keenly to hear whether Finance and Planning Minister Dr Peter Phillips' earlier pronouncement that the Govern-ment has no plans to impose new taxes this fiscal year holds true, when he opens the Budget Debate.

Phillips told The Gleaner in January that the Government had no plans for taxation. "We have plans for tax reforms, generally," he said.

In his contribution to the 2014-2015 Budget Debate in Gordon House this afternoon, Phillips will divulge that the Portia Simpson Miller administration's tough economic reform programme has borne some fruit with the primary surplus target of 7.5 per cent of Gross Domestic Product (GDP) being surpassed.

The out-turn according to a Gleaner source is about 7.7 per cent of GDP.

Despite the positive primary surplus out-turn, Phillips is expected to spend some time telling Jamaicans what the Government plans to do in relation to the high unemployment levels, the worrying, continued slippage of the Jamaican dollar and the marginal growth in the economy.

The Statistical Institute of Jamaica reported in October 2013 that the unemployment rate climbed to 14.9 per cent compared to 14 per cent in October 2012. The Jamaican dollar continues to lose value against its US counterpart, depreciating by some 14 per cent in 2013. The dollar started 2013 trading at $92.65 to US$1. However, by year end, the dollar jumped to about $105 to US $1.

The senior Cabinet minister who has the burden of delivering on the quantitative performance targets under the four-year extended-fund facility with the International Monetary Fund has, to date, presided over three successful quarterly tests under the programme. He is expected to announce today that the Government has closed the just concluded 2013-2014 fiscal year with another test under its belt.

In late January, Phillips had reported that the Government's fiscal performance remained resilient during the fiscal year-to-date, with Central Government primary surplus and Budget deficit targets, all being met.

It is understood that most of the Government's major fiscal targets for the 2013/2014 financial year have been met.

The Government had projected to reduce the debt-to-GDP ratio at the end of March 2014 to about 139 per cent, moving from 147 per cent before the IMF agreement was inked.

PATH beneficiaries will receive a 15 per cent increase in payment which will commence in August 2013. (Increase introduced)

$2.5B to commence implementation of the major infrastructure development programme to be financed by China EXIM Bank. (Partially implemented with only J$422.2 million of the $2.5 billion approved for the fiscal year.)

Secured Obligations Bill to be tabled in the Parliament to facilitate access to credit by using movable property as collateral. (Legislation passed)

In this regard, the Government is actively pursuing a privatisation programme. Enterprise Teams have been established and are working with regard to the privatisation of: