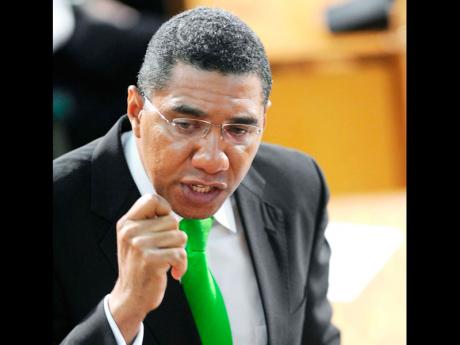 OPPOSITION LEADER Andrew Holness has suggested that the Government give the Church authority to operate the majority of the places of safety across the island.

However, the head of one church group has said that such a proposal must be seriously considered before any attempt is made to implement it.

Addressing the recently announced plan to close the Alpha Boys' Home residential care facility, Holness said the Government has failed to provide adequate resources to such facilities to take care of the physical and psycho-social needs of children in state care.

"Among my further concerns is the fact that shifting resources away from institutional partners weakens the capacity of the social services sector. I believe it would have been better if the Government contracted most of the places of safety it operates to the churches, which operate similar facilities at less cost and give more services," Holness said in a statement.

He said state-owned facilities are far more expensive to operate and very often do not provide the level of care provided by the church-run homes.

However, Gary Harriott, secretary of the Jamaica Umbrella Group of Churches, said if the Church is to take charge of these facilities, it would have to be provided with the necessary resources as those currently manned by the Church are in need of funding.

"If the Government is going to put in the resources, then definitely, I would welcome such a proposal, but I know that the challenge of many church-run homes is inadequate resources," said Harriott.

He said for several years, this has been a major concern of the Church as it is being asked to do the same work with less resources.

"The church homes are in need of resources because what they get from the Government is significantly less than what the government homes get to operate their facilities," Harriott told The Gleaner.