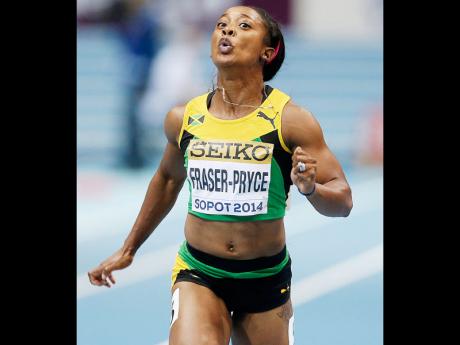 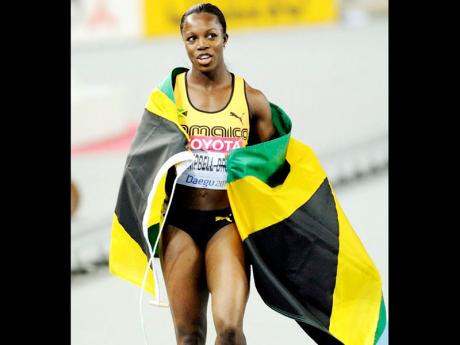 Their 200 metres contest is likely to be the feature attraction, especially with the big names like Usain Bolt and Yohan Blake missing from the men's 100 metres.

Fraser-Pryce is the reigning World and Olympic champion in the 100 metres, but has showed her proficiency of recent in the half-lap. She won gold at the World Championships in Moscow last year, and silver at the London 2012 Olympics.

She is coming off a 100m triumph in Doha last Friday, where she clocked 11.13 to beat a field that included Nigerian Blessing Okagbare and fellow Jamaican Kerron Stewart.

Campbell-Brown, meanwhile, will be running in her first international meet of the season, and says she will be using Sunday's outing to start her preparation for the rest of the season.

She turned 32 yesterday, and told reporters she was looking forward to the next two years of her career.

"I'm working on getting back into a competitive spirit and getting race sharp again," Campbell-Brown said.

"This meet is a great meet. It's good to be here in China with the World Championships in Beijing next year. I like the Bird's Nest. I had great success in that stadium, and I'm looking forward to going back there."

Campbell-Brown is a two-time Olympic champion in the 200m, before being toppled by Fraser-Pryce.

Jamaican Anneisha McLaughlin will also line up in the 200 metres, along with World Junior double sprint champion Anthonique Strachan of the Bahamas.

In the men's 400 metres hurdles, World champion Trinidadian Jehue Gordon will pit himself against the likes of American Michael Tinsley, who finished second in Moscow, and 2005 World champion American Bershawn Jackson.