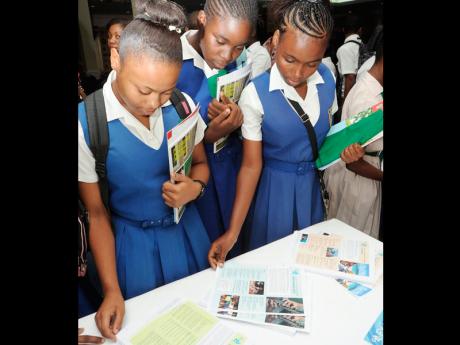 Physical education (PE) and sports is said to be the fastest-growing subject in Jamaica at the Caribbean Secondary Education Certificate level, and there are now high hopes that the country will begin to take it more seriously.

PE and sports was one of the five new subjects added to the list of those being offered at the Caribbean Advanced Proficiency Exams (CAPE) level.

Technocrats in both the sports and education sectors were on hand yesterday for the launch of the New Generation of CAPE Subjects at the Knutsford Court Hotel in St Andrew, where they extolled the merits of the PE and sports syllabus.

They said the subject would help to solidify Jamaica as a major player in the international sports industry.

Natalie Neita-Headley, minister with responsibility for sports, said sports should be a field of serious study so that Jamaicans will not only excel on the field but in areas such as sports psychology and athlete management.

She noted that sports was a multibillion-dollar industry and that Jamaicans should take every opportunity to learn about the various aspects of the sector.

"The improved focus on this age-old subject gives hope that the future generations of managers, agents and business advisers will be able to formalise and institutionalise much of what our lead coaches have developed, but with greater understanding of the rudiments of the what, the why and how to replicate what it is that we have done so well," she said.

Dr Carol Granston, acting pro-registrar of the Caribbean Examinations Council, said the five new subjects were launched in five different countries across the region, and Jamaica was specifically picked to launch sports because of its tradition of excellence in this area.

The other four subjects, which will be coming on stream at the beginning of the 2014 school year, are agriculture science, performing arts, entrepreneurship and tourism.