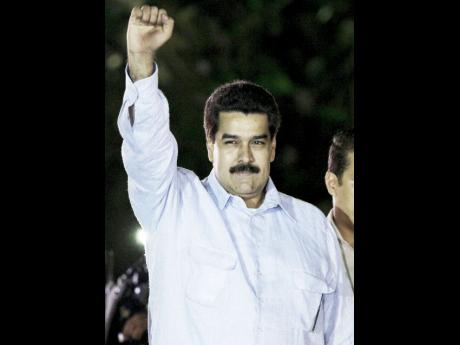 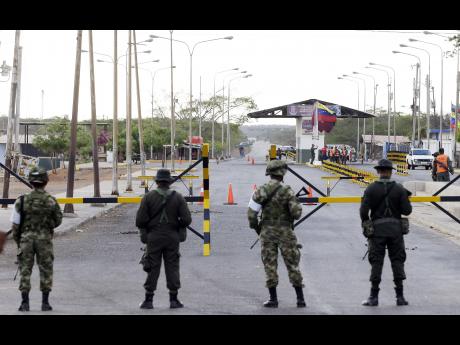 AP
Colombian police officers and soldiers stand guard at the border between Colombia and Venezuela in Paraguachón, Colombia, on Tuesday. 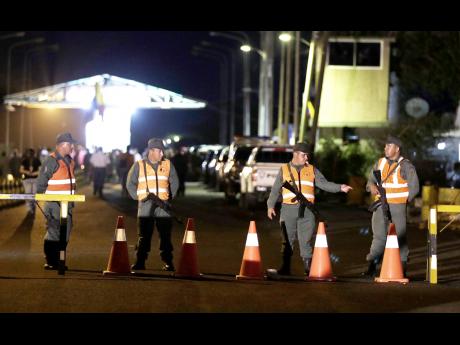 AP
Venezuelan National Guard soldiers stand guard at the border between Colombia and Venezuela in Paraguachón, Colombia, on Tuesday. 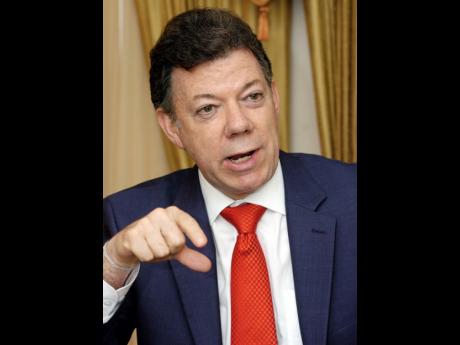 An angry President Nicol·s Maduro warned his Colombian counterpart on Wednesday that he had made a "serious mistake" by saying Venezuela's Bolivarian revolution was self-destructing as the heated rhetoric between the leaders reached new heights.

The dispute between the South American neighbours began three weeks ago when Venezuela launched a crackdown on smuggling. Maduro accused Colombians of running smuggling and paramilitary operations on the border, shut down major crossings, and began deporting Colombians living in Venezuela without legal status.

Thousands more Colombians fled Venezuela, saying they feared the crackdown and being targeted in Venezuela, creating what Colombian officials said was a humanitarian crisis on their side of the border.

In the first days of the crisis, Colombian President Juan Manuel Santos came under heavy criticism for appearing to appease Maduro, but in recent days, his government has begun a diplomatic push to draw attention to the situation and started issuing harsher statements.

"The revolution is self-destructing because of its own effects, not because of the Colombians," he said, referring to the self-styled socialist Bolivarian revolution launched by Maduro's predecessor, the late Hugo Ch·vez.

After Santos spoke, Maduro said that he was profoundly offended by his comments.

"You've made a serious mistake disrespecting the office of the president of Venezuela," Maduro said. "But I'm obligated to talk with you nonetheless and to work to resolve the urgent matter of the border."

While both leaders have each said they are willing to meet, the squabbling has got so severe that they can't even agree where to meet or under whose auspices, with Colombia welcoming the mediation of traditionally neutral Uruguay and Maduro pushing a mediation offer by allies Brazil and Argentina.

On Tuesday, Secretary of State John Kerry called Venezuela's foreign minister and expressed concern about the humanitarian situation on the border.