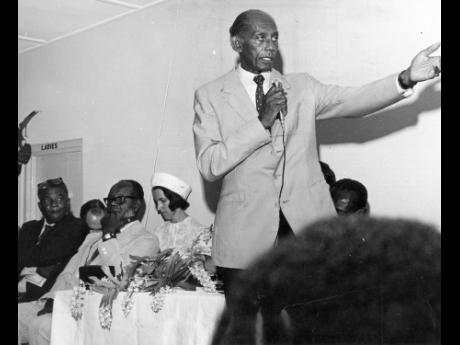 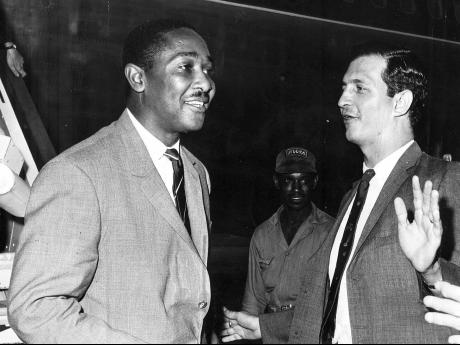 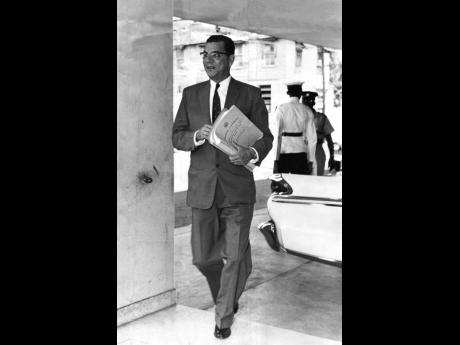 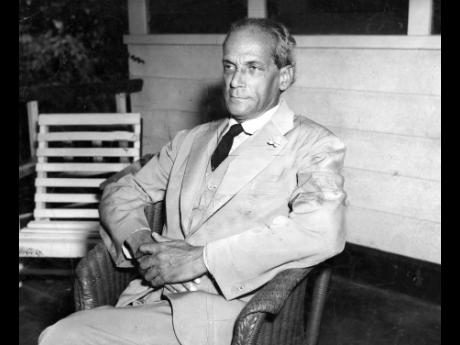 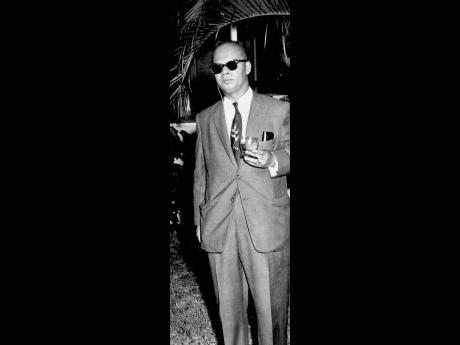 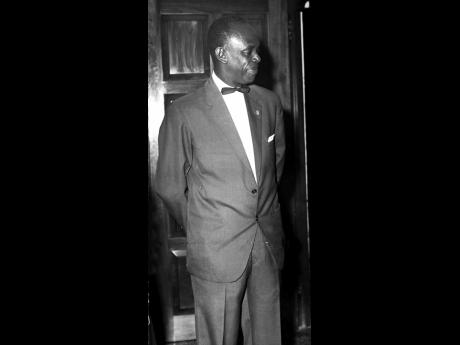 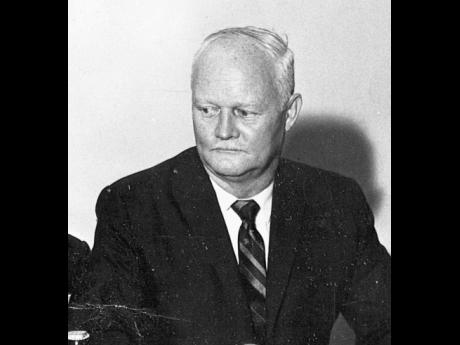 n Leader of the Opposition People's National Party, Norman Manley, asserted in a national broadcast at the party's 25th anniversary rally that the party rejected colonialism because it denied full progress and prevented the growth of a national spirit. He drew a contrast between conditions 25 years ago and those prevailing today. He said the party rejected the divisions that led people to fear each other and the gross inequalities of society in Jamaica. He added that the party had given the present Government a legacy which they were using without any addition of their own. Equality must be the basic aim in society, in which all could find decent homes and have equal opportunities.

n Four Negro children were killed in a bomb blast which destroyed a Negro church in Alabama. More than 20 persons were injured. The victims were two 14-year-olds and an 11-year-old, all girls. The fourth child was not immediately identified. The target of the bomber was a Baptist church, a one-time headquarters for desegregation campaigners, including Reverend Martin Luther King. The blast happened about 10:30 a.m. during Sunday school. The brick structure was packed with children.

n Costa Rican, foreign minister, Dr Daniel Oduber, said at a press conference, "Jamaica is an example for many countries in the Caribbean area and need to have no envy for her neighbours." He said he was impressed with the five-year plan of the Ministry of Development, as well as the economic figures he had examined, such as the gross national product and the production per capita. "In agriculture and industry, for a country of its size, Jamaica was farther than most Latin American countries. This meant that the possibility for raising the standard of living is much closer for Jamaica than others. Jamaican people will live better faster than others," Oduber stated.

n Defending Manning Cup champions Jamaica College crawled to a 10-0 win over newcomers Ardenne in the opening match of the Manning Cup season at the National Stadium yesterday. Although JC scored as many goals as expected, they could have scored many more had they played a more attacking and constructive game, as they often relied on the slips of the inexperienced Ardenne team than on their own effort, it was reported.

n Against a backdrop of initial contact between top United States and Soviet representatives, the United Nations General Assembly opened its 18th session today in an atmosphere of hope and harmony. The assembly elected as president Carlos Sosa Rodriguez, 51, a lawyer-diplomat from Venezuela. He immediately proclaimed the assembly one of hope for mankind. Before the session opened, United States Ambassador Adlai E. Stevenson and his chief aides paid a 15-minute call on Soviet foreign minister, Andrei Gromyko, at the Soviet United Nations mission.

n A special United Nations (UN) committee demanded strong United Nations action, "with no further delay", leading to the expulsion of South Africa if it refuses to relax its apartheid segregation policies. The demand was contained in a report published by the 11-nation Committee on Apartheid, established last year by the UN General Assembly to keep a constant check on how South Africa exercises segregation and how to combat it. The unanimous report was made public just before the assembly's 21-nation steering committee went into session. The steering committee rejected South Africa's formal objection.

n Deputy prime minister and minister of Finance, Donald Sangster, had "exploratory" talks in the first official Jamaican contact with West German government officials, and reported he found them very interested in Jamaica. Sangster had made an unscheduled fact-finding trip to Europe after travelling to London for the forthcoming Commonwealth Finance Ministers' Conference. He said the German government has shown great interest in the progress of Jamaica's economic development, and he was seeking if they could help with development aid, as they do other countries. Sangster was also looking to improve trade. He had in mind an increase in citrus, banana, preserves and other articles, particularly local cigars which rates very high in the world.

n Twenty-eight Mexican field workers were killed and 35 injured when a speeding freight train shattered a makeshift bus in which they were travelling. It was the worst vehicular accident in California history. At least six of the injured, admitted to the Monterey County Hospital, were in critical condition.

n Minister of Agriculture John P. Gyles announced that two experiments were being conducted to produce beef on a battery system. He was speaking at the opening of Jamaican Feeds Ltd, Jamaica's first complete livestock and poultry-feeds manufacturing plant. Gyles said he was convinced that, before long, the cattle industry will have methods similar to those used in rearing broiler chickens. The poultry industry had made unprecedented breakthrough by adopting and applying the latest techniques.

n Britain assured Jamaica's minister of Trade, Robert Lightbourne, that extra citrus quotas will not be given to the United States to the detriment of West Indian citrus industry. The United States, has over a period of time, been demanding the removal of quantitative restrictions imposed by Great Britain, which prevents the United States having unrestricted access to the British market. Great Britain maintained that such restrictions were necessary to safeguard the West Indian citrus industry. The United States, on its part, has put forward to Britain that it would accept an arrangement by way of tariffs adequate to protect our interest if the quantitative restrictions were removed. Britain refused the proposal, stating its obligations to the Commonwealth.

n Cheerful pandemonium reigned in Kingston as thousands of Jamaican cricket lovers flocked to the Palisadoes Airport and lined the main thoroughfares of the city to give a fitting welcome to the triumphant West Indies cricket team after a six-month tour of England. Skipper Frank Worrell and his men, unruffled by the almost hysterical crowd, jostled them for almost three hours during a motorcade which ended to a tumultuous climax at the George VI Memorial Park for a civic reception, where the mayor of Kingston, Councillor Leanord Currey, presented the keys to the city of Kingston to captain Frank Worrell. Worrell, in his reply, said if the honour bestowed on him was a result of performance in England, he would accept the keys to the city on behalf of the West Indies team, of which he was a member. The West Indies, who trounced England 3-1 in the five-match Test Series and lost only two first-class matches for the entire tour, was flown in by the Machado Sports Foundation for two festival matches.

n Prime Minister Eric Williams said his government "would make things as hot as possible" for the United States if it forced Trinidad and Tobago out of the British citrus market. He was speaking at the seventh annual convention of the ruling People's National Movement. He claimed the United States citrus industry, with a large guaranteed home market and a government subsidy, was trying to ensure that Trinidad "does not sell some citrus in the United Kingdom as compensation for more than 100 years of colonialism".

n Jamaican deputy prime minister and finance minister, Donald Sangster, holds discussions with the economic department of the French Foreign Ministry, on the possibilities of increasing trade and forging closer relations. Sangster had recently visited West Germany and Belgium where he had similar talks. Sangster said his mission in western Europe was to explore avenues of possible cooperation between Germany, Belgium, France and Jamaica. He said "Jamaicans should get to know our new friends on the European continent".

n The London Sunday Times was robbed by eight masked men who walked into the offices while the paper was going to press. They broke into a safe in the accounts department and escaped with £7,000 in cash. Two cashiers and the security guard on duty were threatened with hammers and clubs.

If you're interested in purchasing these or related archival materials from The Gleaner's archives, please call the Library at 932-6231 or email: library@gleanerjm.com. Website: http://gleaner.newspaperarchive.com