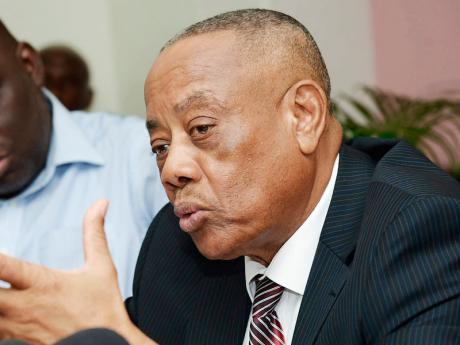 Agriculture Minister, Derrick Kellier, is expected today to formally tell more than 1,000 sugar workers in Trelawny that they won't have jobs when the new crop year starts soon.

Everglades Farms, which operates the Long Pond sugar factory, has confirmed with The Gleaner/Power 106 News Centre that there will be no production at the factory for the 2015-2016 crop.

But the management of Long Pond claimed the fallout might not be that drastic, even as it confirmed the shutdown.

Chief executive officer of the Everglades Farms, Andrew Hussey, says the company expects to retain most of the workers, as agricultural activities, rum production and distillery tours will continue.

And he says discussions are continuing with stakeholders, and a redundancy exercise involving the factory workers and staff will start in weeks.

Meanwhile the CEO says since the company acquired the factory and cane operation in 2009, it has been affected by falling yields from growers and substantial reduction  in world sugar prices.

He explains that the company will transport its cane to other factories, unless last-minute initiatives to change the situation are successful.

Chairman of the All-Island Jamaica Cane Farmers’ Association, Allan Rickards, says if the factory is closed, it would be a disaster for Clarke’s Town, its workers, and the farmers who have borrowed money to plant cane for the new crop year.