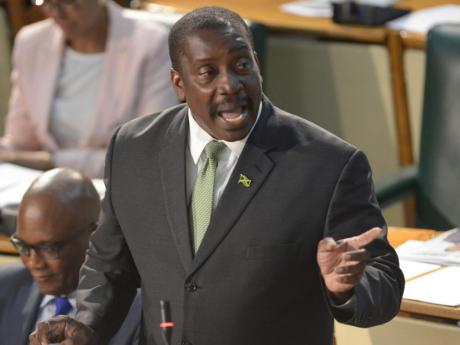 Montague says the police will be targeting illegal guns, gangs and lottery scammers this year.

National Security Minister Robert Montague says the police are now better able to track illegal guns with a new software developed at the Institute of Forensic Sciences and Legal Medicine.

Speaking in the Sectoral Debate in Parliament yesterday, Minister Montague said the new software has enabled the police to also restrict the flow of illegal guns and other items into the country.

The security minister says an analysis done by this new software of illegal guns used to commit crimes shows that fifty one killings were carried out by just five weapons.

He says this is an indication that illegal guns move across different locations.

The national security minister says the new software that was developed by a local police sergeant has attracted the attention of international partners who are now studying its features.

Meanwhile, Montague says the police will be targeting illegal guns, gangs and lottery scammers this year.

He says the move by the police not to oppose bail for persons on gun charges who provide information has been yielding positive results.

The security minister revealed that the police have so far recovered 241 illegal guns since the start of the year.

He says this is 37 per cent or 65 more guns than the amount recovered over the same period last year.