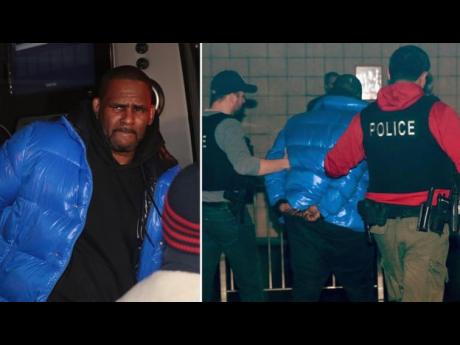 Grammy-winning American superstar R Kelly has been charged with ten counts of aggravated sex assault in the city of Chicago, in the United States (US).

Kelly, real name Robert Sylvester Kelly, surrendered to police last evening after a warrant was issued for his arrest.

He is expected to appear in court today.

Kelly’s attorney Steve Greenberg told the Associated Press that the 52-year-old legendary R & B singer was “shell-shocked” and “extremely disappointed and depressed” by the felony charges.

The entertainer has denied all charges.

Shortly after the charges were announced, attorney Michael Avenatti revealed that he represented one of the underage victims.

Avenatti claimed a video he turned over to Cook County State Attorney Kim Foxx’s office earlier this month showed Kelly having sex with a 14-year-old girl in or around 1999 and also showed the singer urinating on the girl.

He charged that the 40-minute video “leaves no question” the girl was underage at the time and that Kelly knew it.

He said both Kelly and the girl referred to her age “in excess of 10 separate times on the video” and that the girl also called the singer “daddy.”

The charges come weeks after the six-part documentary series ‘Surviving R Kelly’ was aired on the Lifetime television network and revived allegations that have dogged the R & B singer for decades.