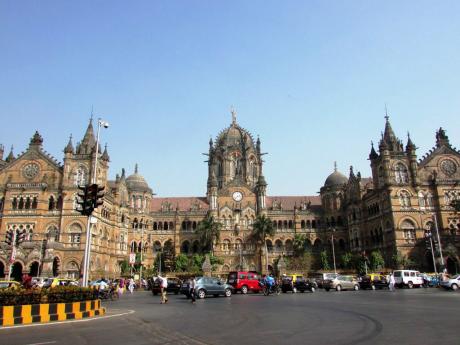 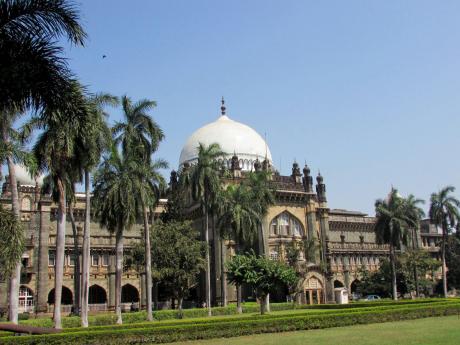 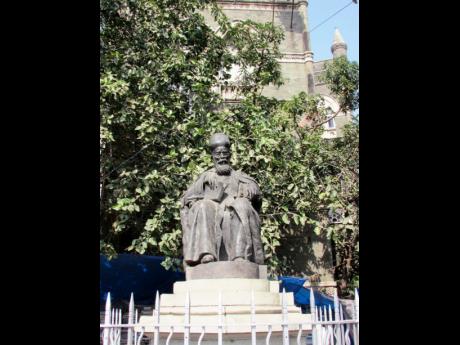 Laura Tanna
Statue of Dadabhai Naoroji, First Indian Member of Parliament (1892-95) in the House of Commons. Revered and Beloved of as The Grand Old Man of India 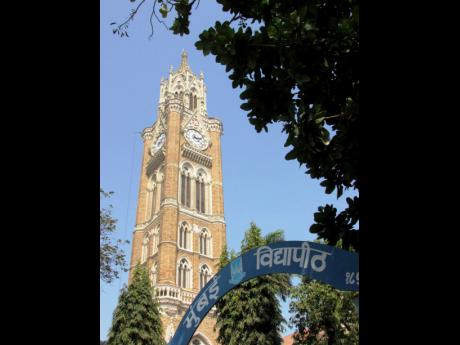 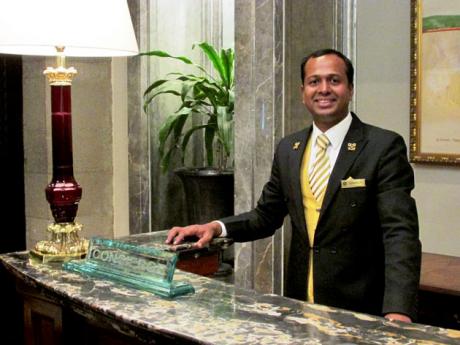 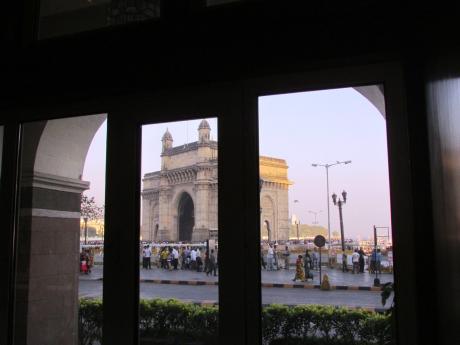 Laura Tanna
Gateway of India seen from the Taj Mahal Palace Hotel Harbour Bar, which is Mumbai's first licensed bar that opened in 1933.
1
2
3
4
5
6

It had been 17 years since we last visited Mumbai, India's financial and commercial capital, a thriving city of some 20 million. We were astonished at how much more prosperous, developed and modern Mumbai has become.

Historically, many different sects claimed this area over the centuries. When King Charles II married Portuguese Catherine of Braganza in 1661, the city, which was born on seven islands came as part of her dowry, and may account for the Portuguese bom bain or "good little bay" being Anglicized into Bombay by the British.

In November 1995, the state of Maharashtra, of which city is the capital, renamed it after the Hindu goddess Mumbadevi to better reflect the state's Marathi heritage. Today, both names are used by the varying groups which comprise India's hub and a melting pot, whose population has doubled in the last two decades.

Roughly two-thirds are Hindu, almost 20 per cent Muslims, Buddhists about five per cent, Jains four per cent, Christians 4 per cent and the rest Sikhs, Parsis and Jews.

As usual, I emailed the concierge of our hotel to arrange a private guide. We had been to the sixth-century Elephanta Caves to see the sculptures dedicated to one of the holy trinity of Hinduism, Lord Shiva, the destroyer - on our first visit to Mumbai in 1976.

Now we wanted a half-day introduction to Mumbai itself the afternoon of our arrival and a lovely Parsi lady, Jasmine Kotval (jasminekotval@gmail.com), appeared to show us its highlights. The Gateway of India, built as a triumphal arch commemorating King George V and Queen Mary's visit in 1911 was actually only completed in 1924 and is Mumbai's most famous landmark, sitting right on the shores of the Arabian Sea.

Nearby begins Kala Ghoda (Black Horse) area spreading from Wellington Fountain to Bombay University, renamed University of Mumbai in 1996. Founded in 1857 it is among the first three universities in India. Here the Rajabai Clock Tower, decorated with representations of different Indian communities, stands 260 feet tall.

Kala Ghoda used to house the statue of King Edward VII astride a horse, which has long vanished, the name remains and this area synonymous with the annual open-air art shows held every February.

This arts district includes not only the University and the Jehangir Art Gallery for exhibits of major contemporary Indian artists, but also the famed Prince of Wales Museum, officially titled Chhatrapati Shivaji Maharaj Vastu Sangrahalaya (CSMVS), an absolutely magnificent place, filled with artistic wonders. It is specifically renowned for having one of the best collections of Indian art in the entire world according to John Guy, curator of Southeast Asian art at the Metropolitan Museum in New York. He was there lecturing on the central role Tamil merchants played in spreading Indian culture to Southeast Asia in the 5th to 8th centuries.

For all travellers or readers with relatives in New York, please note that on April 20, the Met Museum will begin a three-month exhibition: 'Sultans of Deccan India, 1500-1700: Opulence and Fantasy'.

The three floors of treasures displayed in the Indo-Saracenic designed building of the CSMVS are so compelling. I had to visit twice on my own just to gaze on the superb Indian Sculpture Gallery, the jade collection - including imperial pieces taken from the Summer Palace by French and English soldiers during the Second Opium War - and an astonishing eight shelves of intricately carved tiny snuff bottles. There were military weapons, as well as Mughal Emperor Akbar's personal armour. Sir Ratan and JRD Tata Collections of Chinese and Japanese art on the second floor were awesome and there's a Natural History wing with stuffed tigers.

I could go on about the old photographs of Tibet or ancient Mughal miniatures but sometime you must experience this incredible place for yourself. It was heartening to see scores of school children appreciating their heritage or learning of other cultures but the most astonishing moment came when suddenly in the deep recesses of the museum a group of six-foot tall turbaned Sikhs from Punjab in vivid orange and cobalt blue robes appeared, almost menacingly majestic.

Beyond Kala Ghoda stands Victoria Terminus, completed 1888 and later renamed Chhatrapati Shivaji Terminus, an extraordinary example of Victorian Gothic architecture. Alas, photographs are no longer allowed of the interior with its exquisite stained glass windows set beneath a majestic dome but the exterior alone is vastly impressive, as are the number of people - eight million - who daily take trains there. Nearby Flora Fountain, named for a Roman goddess, marks the junction of three streets, one named for Dadabhai Naoroji, a Parsi educator and businessman who was the first Asian to become a Member of Parliament in the UK House of Commons. A statue commemorates this influential Zoroastrian leader, one of the founders of the Indian National Congress whose writing described the drain of wealth from India to England during the colonial era.

Of course, no visit to India could be complete without recognising the importance of Mahatma Gandhi. His old Mumbai residence from 1917-1934, Mani Bhavan, welcomes visitors all days from 9:30 a.m. to 5:30 p.m. It was in this two-storey house he launched Satyagraha or non-violent resistance in 1919 and civil disobedience in 1932. There is a reference library with more than 2,000 volumes about his life, as well as a photo exhibition and the room where he lived, showing the spinning wheel he used which symbolised independence from imported colonial goods and helped to start a revolution that freed the country. Gandhi's history with the movement is brilliantly portrayed through "Glimpses of Gandhi" in mini figures prepared by Susheela Gokhale Patel, presented by the Gandhi Exhibition Trust, in a series of colourful historic dioramas portraying his life.

Next week: The journey continues to modern Mumbai