Chaneil Miller: Lost in the woods 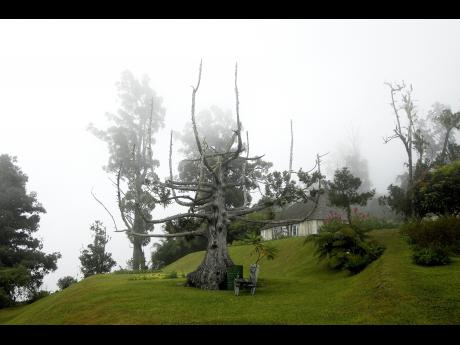 The bus pulled up to the entrance of Sherwood Forest with a loud screech. It was also nine o' clock on a Monday morning when the rest of my class and I arrived at the forest for our annual nature hike. It was a bright sunny day. The sky was a vivid blue, dotted with the occasional white feathery cloud. The sound of birds chirping melodiously and the chatter of my classmates filled the air. I thought everything was going to be absolutely perfect, but it turned out I was terribly wrong.

After we were all lined up and organised, our tour guide, Emeril, introduced himself to us. He wore a red vest and a huge grin, which stretched from ear to ear. He welcomed us hospitably and stated all the rules and told us to be sure we followed them. Extra emphasis was put on the rule of not straying from the rest of the group, and I'm sure he had a good reason.

The fresh, strong odour of pine floated through the air. If reminded me of decorating a tree at Christmas time. I could no longer hear the harmonic sound of birds chirping, just the rowdy chatter of my obstreperous class. Suddenly, everything seemed completely still as a strange creature pitched on a nearby flower. It had bright blue wings dotted with dark purple spots. I had never seen anything like it. I just had to catch it!

As I slowly reached out to seize the winged creature, it flew off rapidly. I looked to my left, then my right, hesitated a little, but then ran after it. I ran after it for a few metres then stopped to catch my breath, and by the time I stood back up, the butterfly had vanished. I looked around and it was nowhere to be found, so I decided to go back to the rest of the class.

NO ONE IN SIGHT

It seemed like I had walked miles and miles, but I still hadn't found my classmates. Everywhere looked the same - towering, lofty trees. Trees, trees and more trees, it all seemed like a brown-and-green blur. Suddenly, a creature let out an unusual grunt. I strained my eyes and in the distance was a black wild boar that seemed to be charging at me.

Without any reluctance, I dashed off, running as fast as my legs could carry me. Petrified, I leaned against a cedar tree. My heart was racing and I was hyperventilating. Starving, exhausted, and dying of thirst, I went off in search of food and water.

Babbling and gurgling nearby was a stream. I carefully listened to the sound and dragged myself wearily to the source. As I approached the stream, I noticed a tall mango tree on the bank nearby. And on the top branch was the largest most succulent mango I had ever seen. It was reddish-gold in colour like a setting sun and seemed to be beckoning me to come and eat it.

I slowly climbed the tree, step by step, branch by branch until I was almost at the top. As I stepped on to the highest branch of the tree, it broke, throwing me to the ground with a loud thud, and then everything went dark.

I couldn't see anything, but I could hear my name being called. At first, it was very soft and distant, but it grew louder and louder as if the person calling was getting closer and closer. I was half-asleep, still feeling very worried, but when I awoke, I was leaning against a tree and was very relieved to see my classmates smiling down at me.