Queer creativity comes to the fore 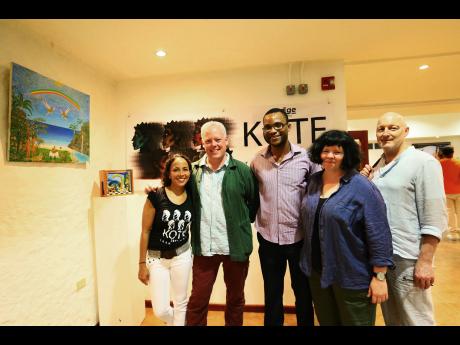 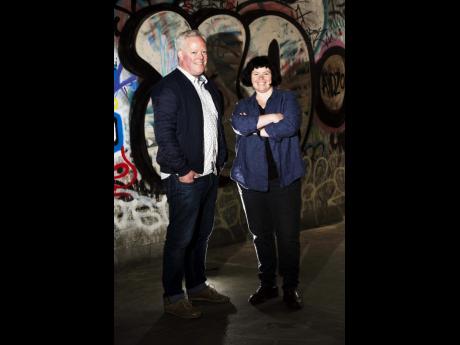 In a city where artistic freedom and tolerance prevail to the solidity on offer to artists, the arts has been quietly making waves in Northern Ireland. However, much more can be done to support the movement and effect real change. What comes to the fore is a belief in the crucial role the arts play in effecting social change.

It has been through persistent arts advocacy that organisations such as Belfast's Outburst Queer Arts Festival now recognise the key role the arts can play in forging cultural identity, while deepening community development and engaging those who have hitherto either been excluded or have had limited access to mainstream resources.

What is clear is that the arts can influence society in a way that impacts the sociopolitical background of its time. Either social cohesion or upheaval can result and its potential is, therefore, often a matter of great importance.

While learning the diverse art culture particularly in Jamaica, Smyth and McCarthy shared their expertise on social issues including Lesbian, Gay, Bisexual, Transgender and Queer (LGBTQ) situations in Northern Ireland, as well as their skills in creative entrepreneurship and festival development. They also explored the role of the arts in exploring issues of human rights and diversity.

According to McCarthy, with high ambitions for the continued development of the festival, locally and internationally, their visit has given them a worldwide view on the work of other artists and connecting with people around the world with similar issues.

"Our aim is to celebrate the difference through tolerance and creativity. We are responding to the different types of art in relation to society with the hope of starting a conversation and exploring a commonality to create an exchange between the artists," McCarthy said.

McCarthy is a founding member Outburst Queer Arts Festival, where she has been festival director for more than seven years. She has worked as an LGBTQ rights and community activist for 25 years, primarily in developing the arts as a platform for social change.

Prior to her directorship of Outburst, McCarthy worked in BBC television and radio development and production for 10 years and ran her own social action multimedia company, Pixelbrix, before leaving her media career to work full-time in the arts.

Through Outburst, she has commissioned new work for theatre, public street-art exhibitions and LGBT community creative participation initiatives aimed at raising visibility and awareness of queer issues and experiences in Northern Ireland.

Outburst Queer Arts Festival is Northern Ireland's only and rapidly growing LGBTQ arts festival, and returns for its ninth year aiming to support, encourage, and inspire local LGBTQ creativity, in addition to bringing the best in international queer arts to the city of Belfast. Through this visit, the organisation is hoping to be inspired and bring an even bigger international outlook to their programme.

"Art engages people and deals with issues in a more subtle way. It gets a handle on things, and more often, tells a human story. In this regard, you can find high-quality pieces that address issues that go beyond clichÈs and stereotypes," McCarthy said.

Outburst Queer Arts Festival was started in 2007 as a grassroots LGBTQ community-led showcase for queer creativity. Since then, it has grown into one of the most innovative and exciting small festivals in Ireland and the United Kingdom, with an eclectic programme unlike any other in Northern Ireland.

According to Smyth, art creates a change in the heart of people. "While focusing on the creative voices and engagement of LGBTQ artists and community, we actively promote Outburst as a festival where everyone is welcome, making it one of the most inclusive, welcoming, and diverse queer-arts events in the world," he said.

Smyth began his career as a postgraduate arts student at University College Dublin. He has worked with the UK Film Council, Northern Ireland Screen and the European Commission before broadening his career across art forms by managing Northern Ireland's cultural involvement in the Festival and Ceremonies of the London 2012 Olympic and Paralympic Games.

The overall vision for Outburst, he said, is to create an innovative platform in Northern Ireland for new local and international queer arts performance and brilliant creative ideas. From celebrated, cutting-edge international artists to explosive new local talent, Outburst shines a great big spotlight on the best of LGBTQ creativity in theatre, performance, spoken word, film, music, dance, and much more.

According to David Codling, director of British Council Americas, these initiatives are important to help them to move towards a more equal, inclusive, and just society. "The British Council's job is to connect

people around the world and it's important for us to explore the diversity, freedom of expression, and celebration of difference that characterise Northern Ireland," Codling said.

"We believe passionately in the power of culture and the arts to change people's lives, and we hope that this initiative has a long-lasting, far-reaching, and positive impact. We are always looking for effective ways to reach people and shift the parameters that can change the course of conversations," Colding added.

British Council international provides opportunities for the people of Northern Ireland and other countries and builds trust between them worldwide. They also help local students, academics, teachers, artists, and others connect with people around the world.