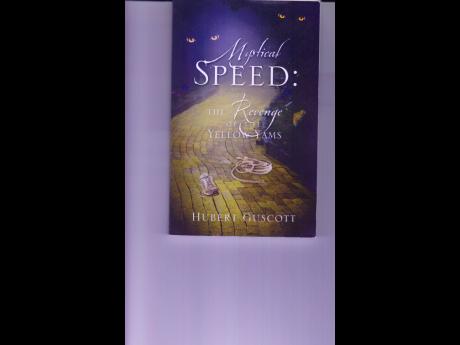 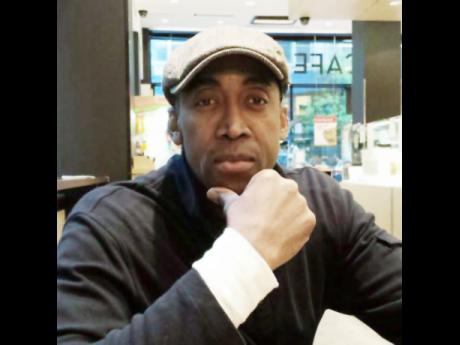 Title: Mystical Speed: The Revenge of the Yellow Yams

We have been down this road before: an artist's attempt to capitalise on prior success falls well short. Sequels are sometimes never magically impactful. Originals are best left alone, some argue. And that's understandable. Some ideas can be stretched just that far. That's why I eagerly awaited Mystical Speed: Revenge of the Yellow Yams. Could Hubert Guscott outdo his past accomplishment?

Guscott's opening salvo is promising, as the five characters - Long Pants, Leroy, Trini, Joe, and White Shoes - the original cast - meet to celebrate their track and field victory at the county championship. Their blistering heroics will ensure another showdown at the state championship level, to the bewilderment and anger of the Bakra and Micro, the opposing coaches. They must frantically search for the elusive and mysterious elixir that powers these young men to victory. All roads lead to Jamaica. The pace quickens and the coaches arrive at their destination, soliciting a Brother Tukuma for yams found in the Invincible Hill District. Only then will their athletes have a fighting chance.

Yes, Guscott, we believe, is on to something, creating the right setting, the right plot. But is he?

Surprisingly, the coaches vanish from the script, only to reappear just before curtain call. And the five lads, the heroes of the original, never reappear. We are left with surreal, harried characters that take the form of babbling provisions, along with an equally garrulous donkey, crow, mongoose, and a duppy called Ms Higue. And ever lurking is the militant Pupalick-Yam, who threatens a robust response against those who pilfer produce from the land. But their playful interaction is not all idle banter. They are faced with a daunting crisis. Their land is exploited and ignored. Guscott responds with a heavy dose of pedagogy.

"Everybody wants to raid the barn, but nobody wants to plant the corn," is one indelible quote made by Rasta-Yam, as he challenges Jamaicans to decrease its reliance on imported goods and return to farming.

Facing extinction, they contemplate migrating to other Caribbean countries, arguing over the most advantageous location, given their plight. They abandon that idea, and decide to marshal their forces and head to Kingston, all the time voicing their grievances, with Brother Tukuma in tow.

They form a political party, the 'Acres of Diamond Party', to contest the mayoral elections in the Invincible Hill District. With Brother Tukuma at the helm, they stumble through the initial phase of the campaign, trailing their contender, Profit Margin. They solicit the help of Poppy-Show and Hurry-Come-Up, two characters down on luck and eager to arrest their misfortune. Their party gains traction and a see-saw battle follows. Who will win is anybody's guess, but rest assured that readers are rooting for the hodgepodge group of animals and provisions, fighting to conjure the lost spirit of self-sufficiency and independence.

Now, this is an interesting shift from the original, and Guscott must be lauded for not playing the same hand twice. In many ways, this sequel is best served if adapted to animation. Is Guscott listening? There is enough food for thought for readers (and maybe viewers, someday), of every age group. There are lessons in history, party politics, personal development, faith, and even ethics, for good measure. And what is Caribbean literature without an injection of folklore? Guscott responds admirably. Oh, and the indelible words of the endearing Little-Yellow, "David had a little slingshot and he slew the great Goliath," a fitting analogy to the political battle that this eclectic group faces against a more savvy and organised opponent. Ms Higue, the most insightful and respected of the bunch, is on target with her admonitions: "We all need to sacrifice," and "We need to keep our eye on the prize."

Throughout, there are messages - simple, but so relevant. Guscott cautions that political infighting can derail the best intentions.

"Look around you," says a lieutenant colonel to the warring Pupalick-Yam, "birds are trying to kill yams and yams are trying to kill birds. You created this army to stop the pilfering by humans." The common good must trump personal ambitions and democracy must be embraced. Violence is never the solution, we are told.

There are psychological and sociological arguments that explain the aversion to farming in some parts. But as Guscott advances through his many characters, a robust Agro-industry is the key to diversification and sustainable development. "Do you know how much money Jamaica spends on imported food?" Brother Tukuma asks a detractor. "Millions and millions of dollars," he said, answering his own question.

While The Revenge of the Yellow Yams does not challenge the levity and joie de vivre of the original, it is arguably more ingenious and bold. It manages to present an existential problem in a caricatural, colourful, and quixotic tone. For pure imagination, Mystical Speed - the sequel, is a resounding triumph.