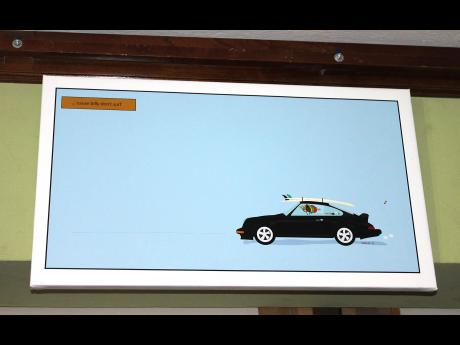 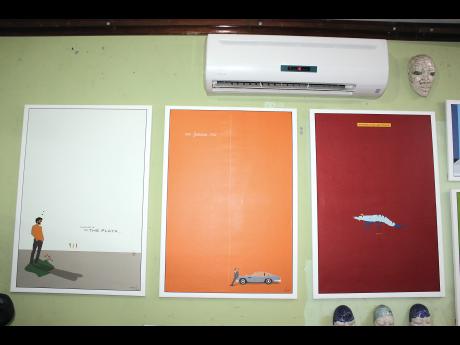 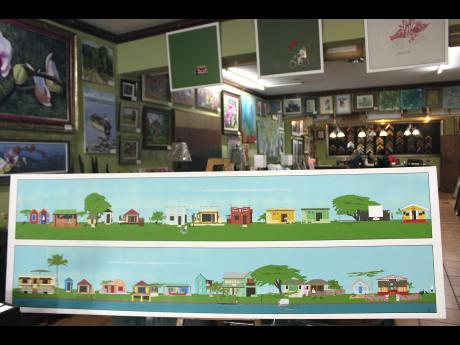 Amitabh Sharma
An array of houses Dready-style by Shane ‘Dready’ Aquart at Island Art and Framing. 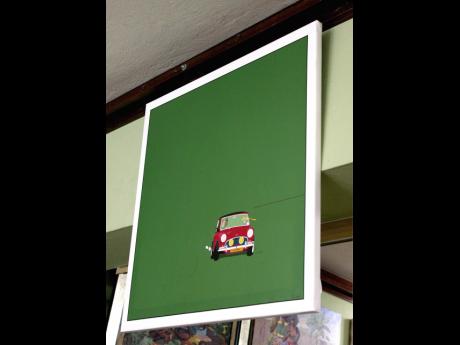 Amitabh Sharma
Shane ‘Dready’ Aquart says he is inspired by old things. Here is a painting of 1963 Mini Cooper. 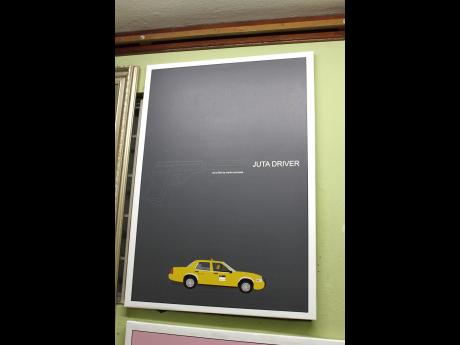 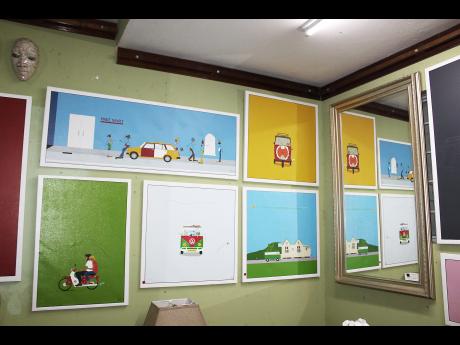 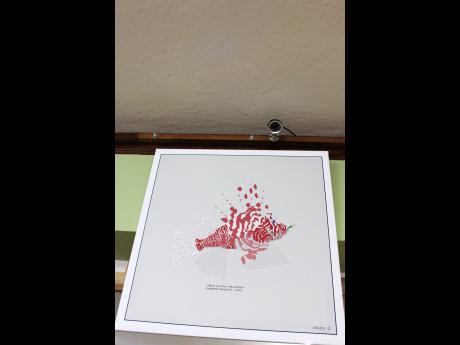 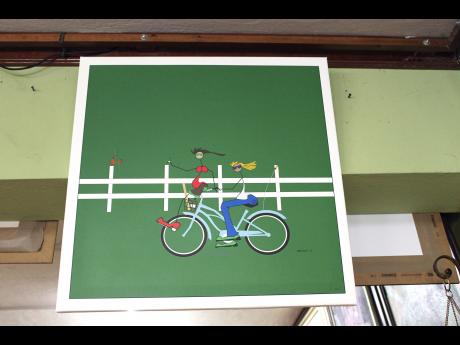 What do you get when you mix graphics, canvas, colours, a commentary and flight of imagination? Not a flyer in this instance, but creative expressions on an overdrive.

The life and travels of 'Dready' live life on that cruise control, exploring the world from the Jamaican perspective and giving the island's flavour in familiar and not-so-familiar situations.

Dready, created by Jamaica-born artist Shane Aquart, who has taken on the name of the character, finds its genesis in T-shirts for Barbados' Crop Over festival.

From the hop-step and road march in the streets of Bridgetown, Dready has evolved into a brand name.

"The basic tenet still exists," Aquart writes in his blog post. "If it can be an art print it can be a T-shirt print; now though, the art, and the T-shirt image have grown towards a more global market while continuing to have that underlying Caribbean vibe."

Journey back to Jamaica

Dready has taken a journey back to Jamaica, finding a home in Island Art and Framing in St Andrew.

"Dready approached us with the idea of introducing his work," said Nicola Rosen, managing director of Island Art and Framing.

His work struck a chord with Rosen, who said she was intrigued with the Jamaican flair that each of the pieces carries. "The detail and clean look separates his work from the rest,? she said. ?They have a great humour to it."

Humour and clean lines give Dready an edge - literally and figuratively - transforming his travels, experiences, and interpretations into sharp focus - that is the subject being the centrepiece surrounded by monochromatic hue. The subjects are as common as the character himself, but they manifest in a form that is intriguing and iconic.

"Dready is graphic art," Aquart said, "I draw it digitally - but I do draw it. I draw it by hand, just that the medium I draw it on to is a computer programme."

The artist said he is inspired by weather-beaten objects.

"I like old things, things that have been worn, dented and used," he said.

Dready's fame has travelled across the shores, finding a place in the Miami headquarters of Bacardi, the world's largest privately held, family-owned spirits company.

Aquart, who lives in the Cayman Islands, is connecting with his roots and brings Dready home, and Rosen said she is upbeat on his prospects and beyond.

"There is so much talent in Jamaica," she said.

"Collaborations with artists and individuals is a sure way of introducing the art scene in Jamaica," said Rosen. "Island Art and Framing will often host shows to build relationships with individuals and artists."

For Aquart, this journey back to the roots is opening his art to a new dimension and appreciation. Over the years, Dready has been associated with charitable causes.

'Art with Goats' donates to the Jamaica Environment Trust, while Central Caribbean Marine Institute is the beneficiary of 'The Lionfish' and Dready's work 'The New York panorama' donates to the Children's Tumor Foundation in New York.

The artist is creating both a brand and a cause, which is recognisable and synonymous with the Caribbean, fitting in various situations.

From the colourful Tuk Tuk (motorised three-wheeler used as public transport in South East Asia), the iconic Premier Padmini, a variant of the Italian Fiat 1100 Delight and once familiar Black and Yellow taxi in Bombay, India, to the suave James Bond ... Dready and his art speaks the universal language - transforming colours to stories that know no barriers and connect humans on two dimensions.