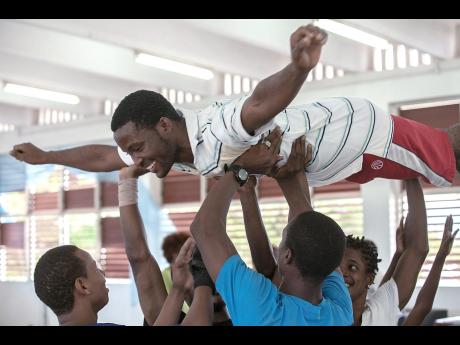 Contributed
Participants support each other during a Run Free Parkour and Physical theatre workshop. 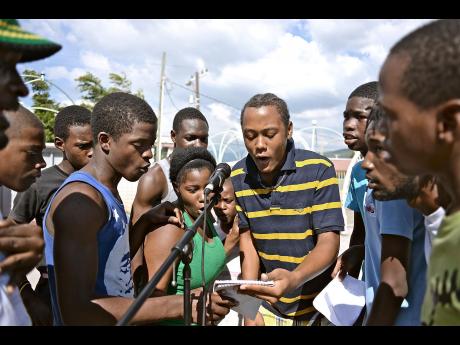 Contributed
Members of team Run Free perform a song they created during phase 2 of the project. 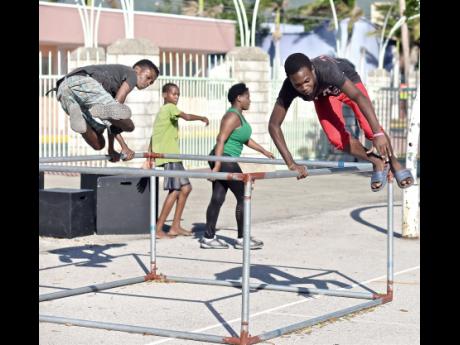 Contributed
Teaching young people how to surpass obstacles with style, grace and an element of fun is the primary objective of the Run Free project. 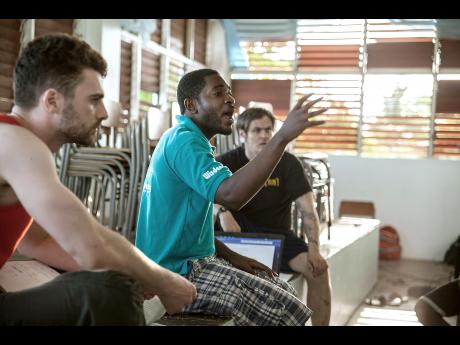 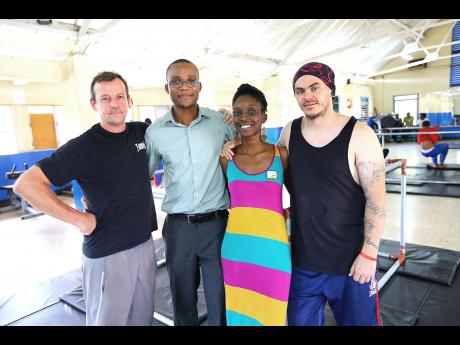 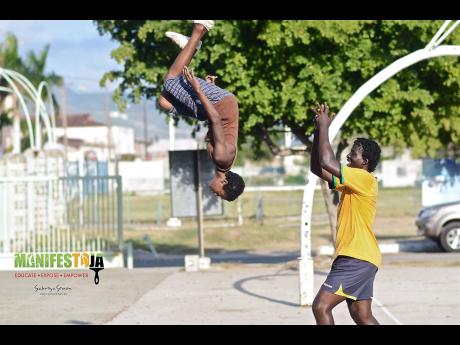 Run Free is a community arts project that uses the aesthetics and philosophies of Parkour (a style of free-running), along with physical theatre, dialogue and music to capture the stories of young men living in Parade Gardens, Kingston. Creating a platform, the Run Free Project gives these young men, aged 15-21, the opportunity to creatively voice the issues they face, their personalities and relationships, their lives and their challenges.

Parkour is a discipline using movement that developed from obstacle course training in the military. Here the aim is to get from one point to another in the most efficient way possible.

This is done using only the human body and the surroundings while safely maintaining as much momentum as possible. Parkour is an activity that can be practised alone or with a group, and is usually - but not exclusively - carried out in urban spaces.

Parkour involves seeing one's environment in a new way, and imagining the potentialities for navigating it by movement around, across, through, over, and under its features.

JUMP is quite interactive as the audience is invited to share in the choice of music, personal stories, and discoveries of these young men. Using the grace, flow, and style of parkour, JUMP explores the challenges and obstacles faced by these youth growing up in an age of unprecedented change.

Similarly, Run Free was implemented in Jamaica with similar objectives. In 2014, Christopher Grant, parkour instructor, and Simon Sharkey of the National Theatre of Scotland visited Jamaica, to start the project and training for parkour and theatre practitioners.

More than 20 secondary school boys from across the Parade Gardens community were introduced to the core parkour values of critical thinking, self-discipline, determination, and teamwork. They explored what it is to overcome the physical, mental, and emotional obstacles encountered in the process of initiation into the world of manhood. They also accepted the challenge to take some risks, be creative and create some brilliant theatre.

According to Lesley-Ann Welsh of Manifesto Jamaica, the project is in its third phase which now involves developing the story of the boys and putting together their production for an audience. "The foundation has already been laid for the participants. They have learnt to the art of moving beyond obstacles with ease and grace, and to translate this learning into life skills," Welsh said.

"It has taken a long time to get to this stage because these young boys are not theatre professionals. It takes a while to get them comfortable, so we have to be patient in our approach for them to execute properly," she added.

Parkour's development from military training gives it some aspects of a non-combative martial arts. According to Grant, they have used Parkour to speak the language of these young men. "It is an artistic discipline used to garner the material that is used to tell their stories. They are able to engage their bodies in a positive way and are comfortable telling their stories. We are from a different culture and, so far, it seems easier for them to talk about their issues," Grant said.

"We are here to give these young boys a voice, we are not here to preach to them. We allow them to honestly explore their feelings. The biggest problem we have had is getting them through the door to join the programme. Since the programme started, we have had at least a 75 per cent retention of the participants," he added.

A preview of the "Run Free" project's work-in-progress will be staged for potential project partners and other invited guests. Art and theatre practitioners from other Caribbean islands including Trinidad and Tobago and Cuba, Venezuela, and Brazil are scheduled to attend.