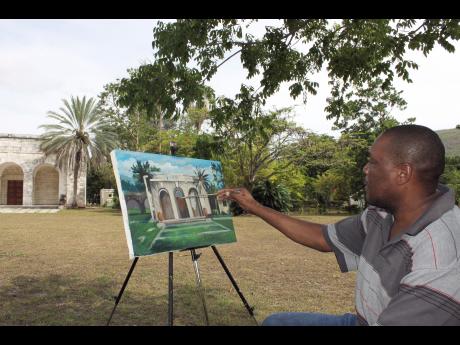 Amitabh Sharma
The man, his canvas and the subject immortalised. Webster Campbell paints The Chapel at the Mona campus of the University of the West indies. 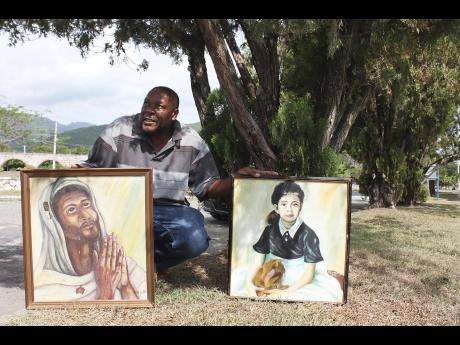 Amitabh Sharma
Webster Campbell with his earliest works. For the last 46 years, he has been capturing life and nature's many manifestations. 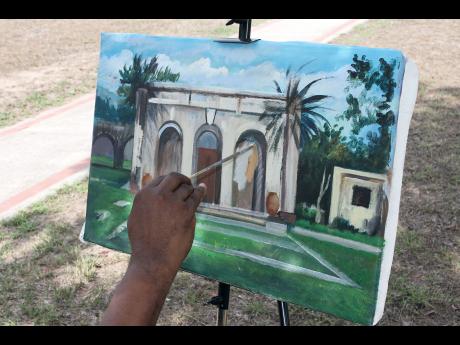 Amitabh Sharma
Webster Campbell fills colour as he paints The Chapel at the Mona Campus of the University of the West Indies. 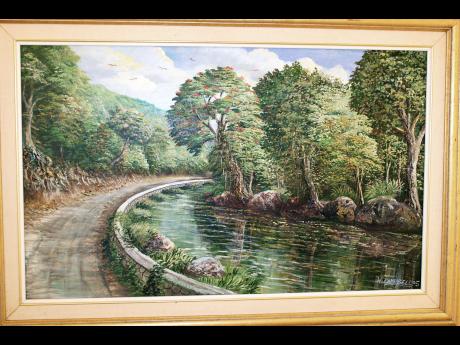 Amitabh Sharma
Capturing the beauty of Jamaican countryside, a landscape by Webster Campbell. 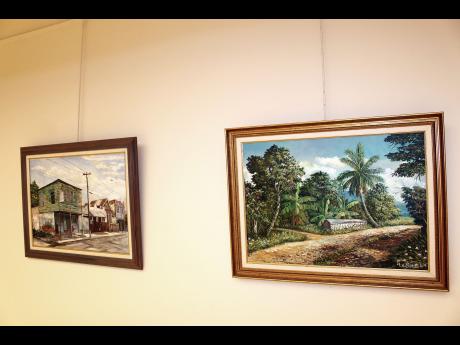 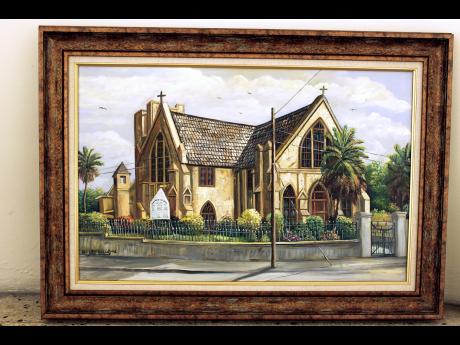 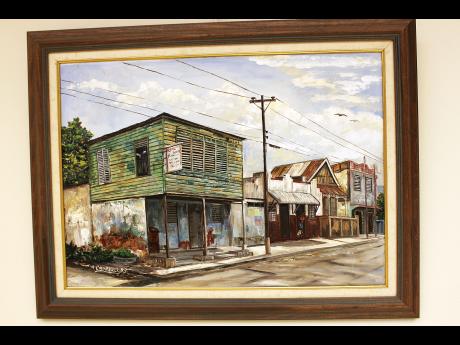 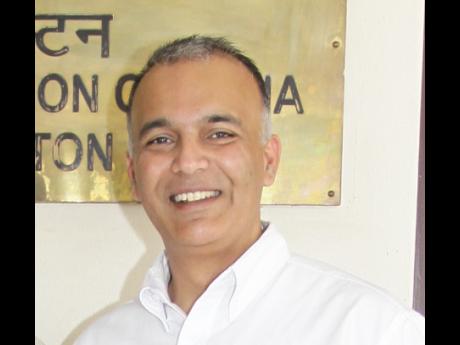 "I am as old as Jamaica," said Webster Campbell, sitting down under a tree in the grassy expanse of the University of the West Indies, dabbing colour from a palette and meticulously painting an arch on the canvas.

For an artist who measures his age not by years, but by the number of sunshine days that his country has savoured as a free nation, Campbell is one of Jamaica's most prolific painters. He loves to be on the move, encapsulating the history, landscape, architecture, and relics of the island on his canvas - for him, the beauty of the art lies in places where time is standing still and life is al fresco.

"I have always been inspired by old buildings and monuments," Campbell said. "I want to capture them in my paintings, because we never know if those buildings will be there tomorrow."

He is constantly on a quest to capture the soul of the minute details, the quaintness and beauty of the decrepit, the long and winding country roads, the romance in the stones that meticulously stack up to create fortified edifices that give character to mundane structures.

"I have been painting since as long as I can remember," he said, adding that early influences of surroundings while growing up in Craighead in Manchester honed the appreciation of the pristine countryside and the simplicity of life there.

Art seems to be embedded in his DNA; it's a life that he has been living for the past 46 years.

"I could not have imagined doing anything else," the artist said.

Campbell grew up in a family of artists. "Both my mother and father were into craft," he said. "My mother used make baskets, father used to build, carve wood to make houses."

And art flows in the family - his wife Charlene Campbell, is a semi-abstract artist, and two of his sons Toraine Campbell, who is a painter, and Terrence Campbell is a tattoo artist.

Campbell has and continues to inspire younger artists. He said he seeks to highlight the hidden gems of Jamaica, some omnipresent, others fading into the annals of time. "I love my country and I always want to show the beauty of this land," he said.

"Sometimes it is up and down. Art is not blooming as before. I am still surviving. I do nothing else."

This beauty flows onto the canvas - where his rendition of the dilapidated is captured in the details, each faded patch of colour, speck of rust on the zinc roof, and cracks on the floor exude timeless character and old-world charm.

Over the decades, he has captured mountains, flowing streams, sugar mills, church buildings, stone, zinc houses, juxtaposing those structures with the nature surrounding them - in harmony with the nature.

"I am inspired when I travel across the island," he said. "I come across so many things that are traditions that are dying."

Campbell has managed to capture these traditions in the frame of his canvases, immortalised by brushstrokes of acrylic and mixed media.

In the 21st century of instant gratification, from two-minute noodles to ever expanding digital megapixels, artists like Campbell exude the humaneness and appreciation of manifestations that are slow-paced, timeless and irreplaceable.

The old structures and perhaps some countryside charms, which he has painted, might have physically crumbled, but they have, through his work, been immortalised.