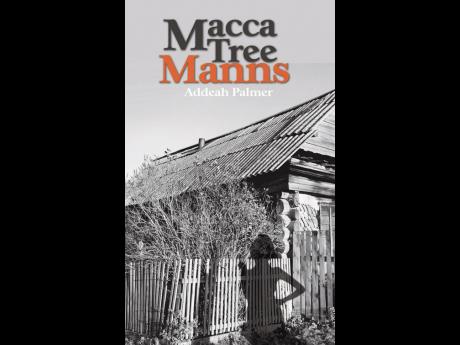 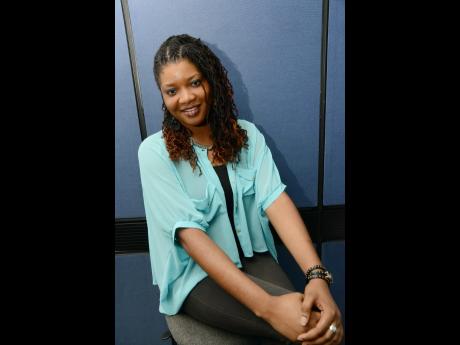 Gloria and Monica had put the finishing touches on their plan and now it was time to roll it out. If one was not accustomed to the revival of the Macca Tree Born Again Church of the Apostles, one would think that the rapture was at hand.

This was another typical Sunday, with the exception that it was also the day of revelation for Monica. Macca Tree, Top Road, and Bottom Road residents crammed into the brownstone walls, almost teeming out of the multicoloured windows which trembled with the vibration of stomping feet. The sounds of praise seemed to lift the roof from its hurricane straps. The choir wore blood-red, floor-length gowns, signalling the importance of the service; from all indications, the battle was on for the remaining women to outdress each other. Their colourful houses faded in comparison to cheerful pieces they wore to church, complete with hats and high heels that restricted their movement, except when they were in the Spirit.

The men were more reserved, but always enjoyed the show the women put on, especially Monica. Not only was it a competition for best dressed but for the longest prayer, loudest singer and even who could contribute the most offering. Not to be outdone in any area, Monica prided herself on her many accomplishments; today as she sat on the pulpit next to her 60-year-old husband, looking down at the pew, her oversized hat conveniently hid her transgressions and shielded her from the stares she often enjoyed, but dreaded today.

Apart from her suddenly active conscience, Monica was very much aware of everything today because she was on the verge of planting a seed she hoped would grow into a towering tree. She was aware of the wind howling at the trees, the grass swaying in chorus to the conducting wind, the sun retreating behind dark clouds and even the silence of Sweet River gurgling alongside the church. It was the same river that had washed away her sins years ago when she decided to serve the Lord. Now it was offering her no solace as she looked on at the congregation partaking of the Lord's Supper.

As a young girl, Monica knew not to play around with that which represented the body and blood of Jesus Christ. She heard about people who had become sick because they were unclean and had eaten the bit of bread and drank the grape juice. Surely, she had trespassed in the path of unrighteousness before and was forgiven, but this that she was about to attempt was presumptuous.

Monica descended the stairs towards the two male ushers and set down her King James Version Bible wrapped in a gold holder; her knees buckled beneath her weighty thoughts. Knocking on God for reason, she prayed He would send her a sign if she was not to partake of the supper. But the prayer line was disconnected and she received no answer from heaven. Now standing at the altar, she felt in her Spirit that there was someone watching her from outside the room. Looking up she spotted Gloria; it was the last image she saw before passing out, bringing the feast to a standstill.

But within minutes, Monica gathered her consciousness and had the full attention of everyone.

"Brethren, I didn't mean to scare yuh. But I was being disobedient and the Lord had to stop mi in my tracks. He has placed something in my heart for a while now, but it's time I shared it with you."

She was helped up to her feet by two of the apprehensive male ushers who were only too eager to touch her.

"Friends, for a while the Lord has been talking to me about the state of the congregation. Yes, wi drop off shape but He gave me a vision on how to take back wi rightful place as a church and as individuals. The Lord wants to supply all our needs according to His riches in glory."

"Amen! Speak Lord!" the eager congregation erupted. The women were now standing on their feet, rocking, awaiting the signal that Pentecost was on the verge of its second coming.

"Friends, God want you to help Him help you by planting a monetary seed. In my vision, as in Corinthians, He said every man should give what he has decided in his heart to give, not reluctantly or under compulsion, for He loves a cheerful giver."

"Oh fill her Lord!" the usual suspects shouted from their wobbly standing in the pews.

Now more than ever, Monica was in her element with all ears at her command. Convinced the Lord was using her as a vessel, picking up her Bible and hoisting it over her head, exposing well-manicured red nails, she continued to preach to the faithful.

"The Lord said, 'I will help My people help themselves because upon them I build My church ... ah.' Friends, He wants you to put away a minimum of $5,000 each. From this, He instructed me to give you interest after two months ... ah ... and then monthly thereafter. It's so exclusive ... ah, that only you present will benefit. But friends, He also says, that if you ... ah, want to multiply your returns, you can invite others ... ah, to share in this glorious occasion. But only if you want more, only if you want to increase your overflow."

The congregation exploded. Deafening decibels of 'Hallelujah!' and babbling of unknown tongues drowned out rising chatter. Monica danced around on one foot, her behind jumping and jerking frantically, heavy with the eyes of the brethren. Observing the distraction brought on by the frenzied flock, Monica unleashed a barrage of unknown tongues. Glancing over at the window, she got thumbs up from Gloria, grinning from ear to ear. But Dolly, whose eyes were too fast for her own good, was not amused. She muttered to herself, daring not to disturb the brethren in their moment of worship.

"So why you and not me, Monica? I am the treasurer. Why not give me the plan to build the church. I pray too and you is not more Christian than me," she said to herself.

Gloria, who had drawn near to Dolly did not miss the whispered remark.

"You questioning the Lord's messenger, Dolly? That's why Him never tell you, you not a believer, oh ye of little faith!" Gloria smiled wickedly.

"Sister Dolly, I must say this sound like a blessing in disguise," Ms Joyce blurted as she looked for wisdom and approval in Dolly's eyes.

"So Sister Monica, when the Lord say we must plant the seed, and where?"