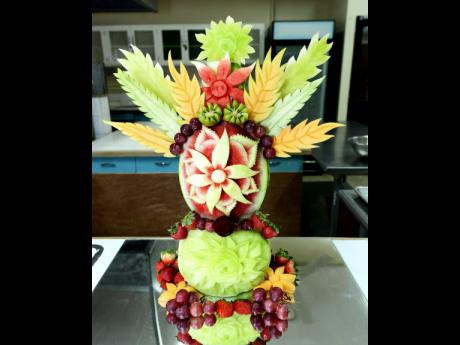 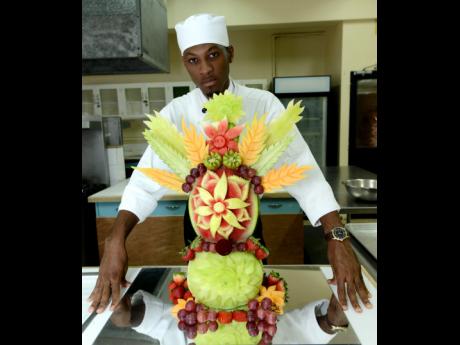 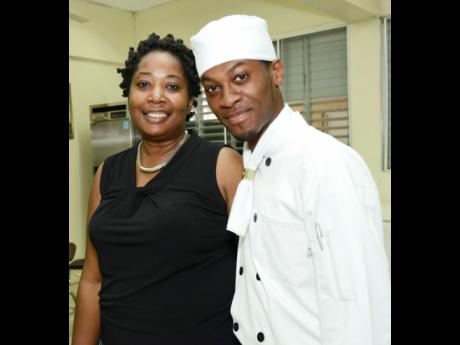 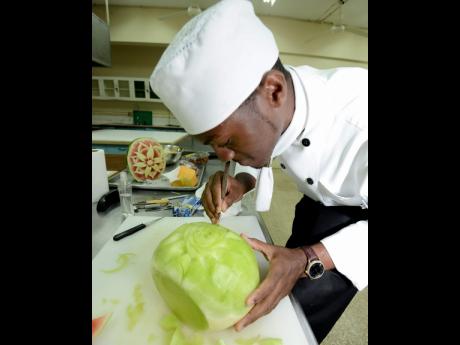 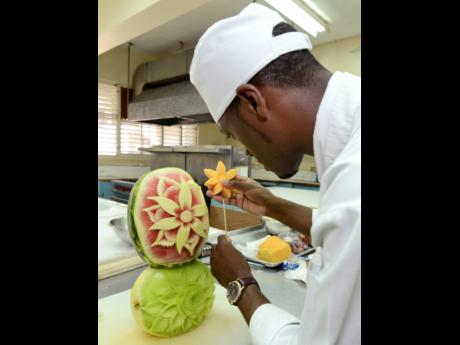 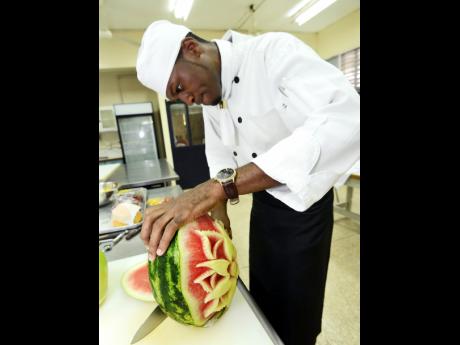 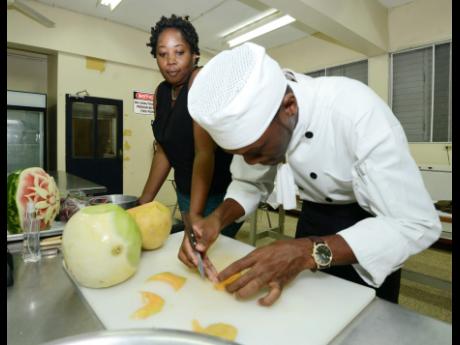 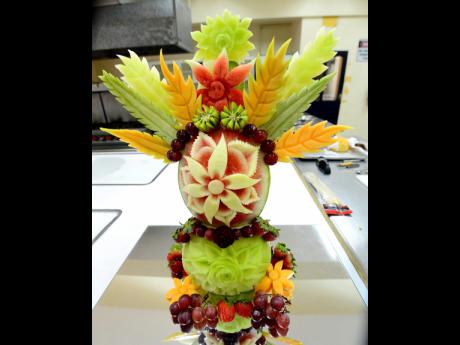 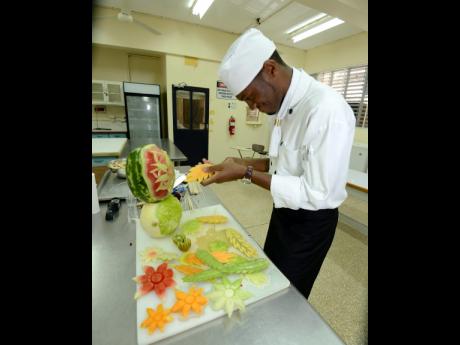 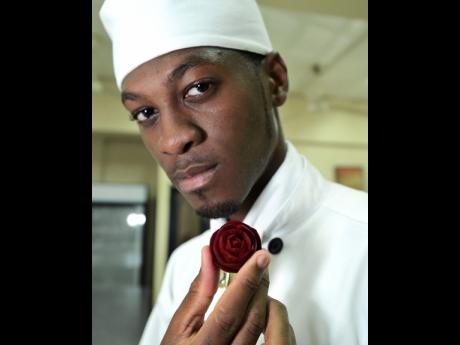 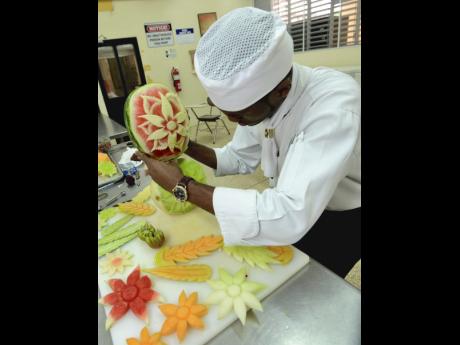 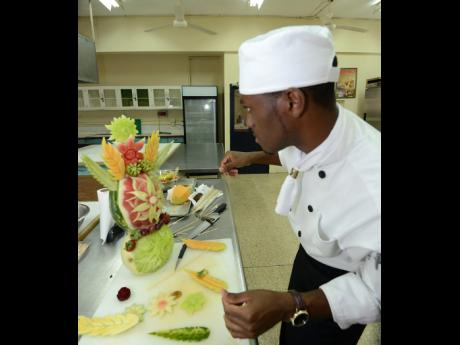 Fruits are beautiful in their own right, but when they are carved or simply arranged in a different way, they look exquisite. Fruit carving is a delightful way to turn food into art, or to make fun art that tastes good. It is all about letting go of your inhibitions and using fruit as your medium.

Taking a simple piece of food and crafting an animal form or creating a spreading flower creation can be a delightful way to craft a special shape from a simple fruit or vegetable.

At just 22 years old, Delante Dyer has been getting rave reviews for his artistic food creations. With immaculate precision, he has been able to turn the smallest and the largest of fruits and vegetables into mind-boggling masterpieces. Although a tad bit time consuming, the end result is spectacular and definitely worth the wait.

"My passion for fruit carving stems from my artistic inner trait. Growing up as a child, I would always be seen scribbling little drawings in the back of my notebooks. From this series of action, I acknowledged that there was a creative side of me just waiting to explode," Dyer said.

When introduced to fruit carving by his former lecturer at the Brown's Town Community College, Chef Lennox Royce, Dyer realised that fruit carving could become an avenue to expressing his creative side.

"When creating a fruit carving display, I feel like I am the great Pablo Picasso at work. My carvings are true reflections of my mood, who I am, and the state of mind that I am in when creating these carvings. I feel very enthused and alive," he said.

Regardless of its origins, vegetable carving is flaunted in many different Asian restaurants, cruises, hotels, and other various places. In the mid-20th century, the art of vegetable carving began to grow outside Asia. Since then, other cultures have slowly come to appreciate the beauty and culture associated with the practice. Today, one can marvel at vegetable carvings throughout the world.

While a student at the York Castle High School, Dyer wanted to pursue a career in architecture. However, because of financial constraints, he decided to go into the culinary industry. He began learning the art of food carving by watching YouTube videos and practising in his spare time. What began as a hobby has now fully blossomed into his passion.

Dyer carves fruits and vegetables to form beautiful objects, such as flowers or birds; however, he has not limited his artistic abilities. Some carvings for him present artistic detail, while others have simple, yet beautiful shapes.

Getting positive feedback from different persons, including another of his mentors, Chef Winston Williams, with whom he worked at Jamaica Grande, his interest was piqued to learn more about the art. Dyer worked as an intern at the St Ann-based hotel as a line cook for a brief period.

"He would take me with him to watch him do ice and fruit carvings, which stimulated my interest even more to try fruit carving. Watching him makes me feel like I can do more," Dyer said.

Every year, competitions are held to encourage budding artists such as Dyer to display their imaginations in the form of fruit art. His most recent competition was the Taste Of Jamaica (TOJ) Culinary Competition at the Montego Bay Convention Centre.

"I was apart of UTech's (University of Technology) vocational team that won the competition. I also received a bronze medal for fruit and vegetable carving there. In addition, I won first place for the parish of St Ann for my project using rabbit braised in Guinness with a rosemary mash, but I was unsuccessful at the national parish level," he said.

Apart from floral-type carving, Dyer has tried a number of fauna carving, including seahorses, fish, doctor birds and, most recently, a unicorn. However, he has been unable to pursue ice carving just yet because of the lack of tools necessary for that field of work.

"I like getting positive responses regarding my work, but getting that 'wow' reaction fuels my drive to work on something more creative on my next project," Dyer said.

Dyer, who is TPDCo-certified, is currently in his final year at UTech, where he is pursuing a Bachelor of Science in Food Service Management, majoring in culinary arts and management. Here, he has acquired additional team management and cohesive skills, a higher level of professionalism and has improved his work ethics that has helped him to improve his craft and presentation.

For the summer, Dyer has also taken on the task of passing on his skills by teaching students at the U'tz Shine Netball Jamaica youth summer camp programme fruit and vegetable carving in addition to the basic rules and requirements of the kitchen. Sponsors of the U'tz Shine include USAID from the American people and the Community Empowerment and Transformation Project Phase II.