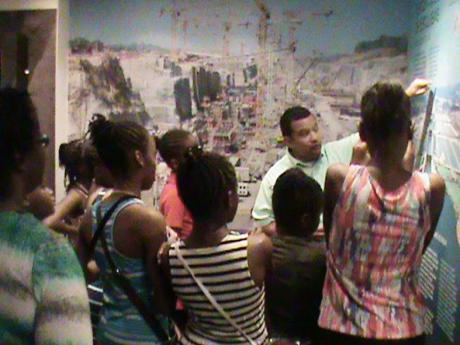 Students paying keen attention on their trip to Panama. 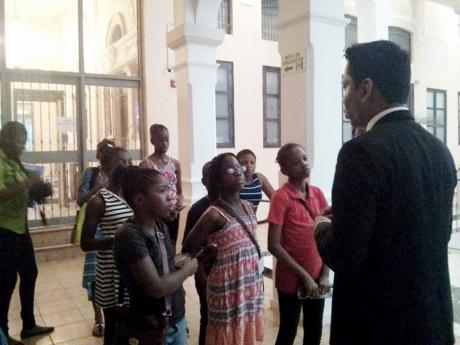 Students listening keenly on their trip to Panama.
1
2

Globalisation is no longer a foreign word to this island. Instead, Jamaicans, too, are actively playing their part in making this a reality by competing in the world's job market by accessing jobs all across the world.

Portmore Missionary Preparatory School (PMPS) in Portmore, St Catherine, has taken the initiative to create opportunities for its students to develop their competitive edge not just on the local market, but also internationally. One avenue to creating global citizens for PMPS is through equipping students with a foreign language.

Spanish teacher SeÒorita Shana-Kay Barnett, along with the support of her Panamanian colleague Gloria del Cid, the Panamanian Embassy Jamaica, the Jamaican Consul in Panama, and the PMPS staff, was successful in planning and executing an edu-cultural tour dubbed 'PMPS Discovers Panama'.

"Spanish is more than a language. It has an entire culture behind it, and that is what I want my students to experience. To achieve this, total immersion is the solution." said Barnett.

From May 18 to 22 this year, eight students from the school, along with one parent and three teachers, the principal, the dance teacher, and Barnett, all travelled to Panama on the first edu-cultural tour between Jamaica and Panama.

The team stayed with a Panamanian family to immerse themselves in the full experience. The team was well received by the Jamaican Consul in Panama, Judith Edwards; the Vice-Minister of Education Maria Castro de Tejeira in Panama; and her representatives.

The students enjoyed a tour of the Panama Canal, the Biomuseo, and Casco Antiguo, and three schools, where the school presented several Jamaican cultural items and a documentary showing Jamaica's historical and tourism sites. The schools visited were Ernesto T. Lefevre, a public primary school; the St Mary Private bilingual school; and the Omar Torrijos Herrera Bilingual public school.

Barnett and principal, Walker, were impressed with the English programme at the Omar Torrijos Herrara School and intend to implement a similar

programme at PMPS. This is with

the intention of fostering bilingualism.

The Portmore Missionary Preparatory School has taken the lead at a time when Jamaica and Panama are developing a draft legal framework to facilitate bilateral talks between the two countries in areas of science, tourism, and education, among others. The school intends to explore the possibility of extending the same courtesy to students from Panama, with the intention of continuing the intercultural exchange.