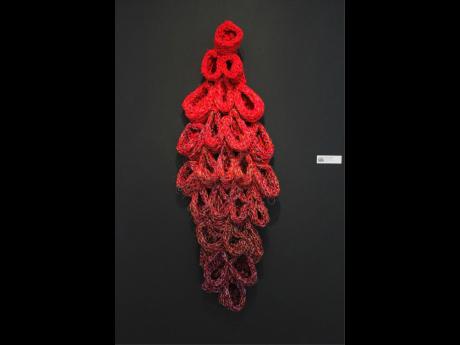 The National Gallery of Jamaica (NGJ) is partnering with the Edna Manley College's 2015 Rex Nettleford Arts Conference, for a panel discussion on the various critical issues addressed by the artists in its current Young Talent 2015 exhibition.

The panel will be moderated by the NGJ's Senior Curator O'Neil Lawrence, and Assistant Curator Monique Barnett-Davidson.

The NGJ has intermittently held Young Talent exhibitions since 1985 when Jamaica hosted the International Youth Conference.

The fifth in that series held in 2010 was a ground-breaking exhibition which featured artists such as, Ebony G. Patterson, Phillip Thomas, Leasho Johnson and Oneika Russell.

Its spin off exhibition New Roots in 2013 featured artists such as Matthew McCarthy, Olivia McGilchrist, Camille Chedda and Deborah Anzinger and brought to the fore a new set of voices willing to break down the barriers between artist and the viewing public experimenting with greater interactivity.

The current emerging contemporary artistic language is represented in this exhibition by a healthy range of media from traditional painting and fibre based work to more experimental forms such as GIF collages.

The Young Talent 2015 exhibition is in keeping with the NGJ's mandate to support artistic development and to provide opportunities for young artists.

The exhibition opened on August 30 and continues until November 14, 2015.

Admission to the NGJ will be free on October 16 and free guided tours of the Young Talent 2015 exhibition will be offered before and after the panel discussion. Conference registration is not required to attend this panel discussion.