Ai Weiwei in London and Anish Kapoor in Versailles 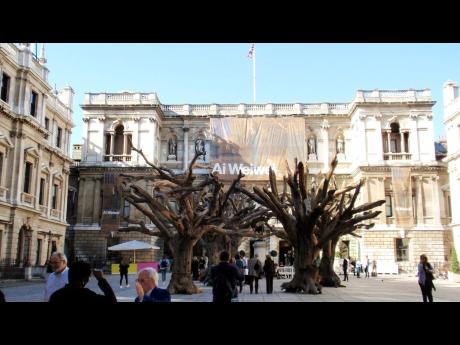 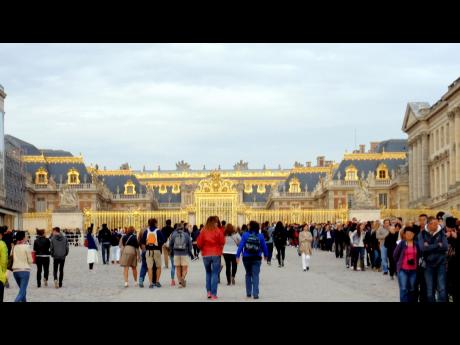 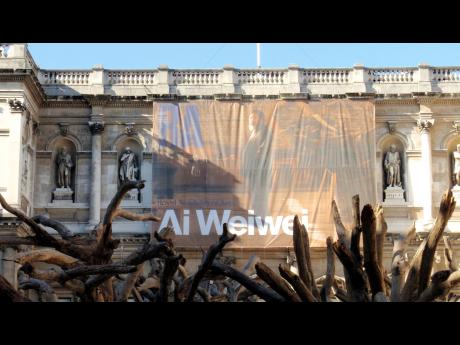 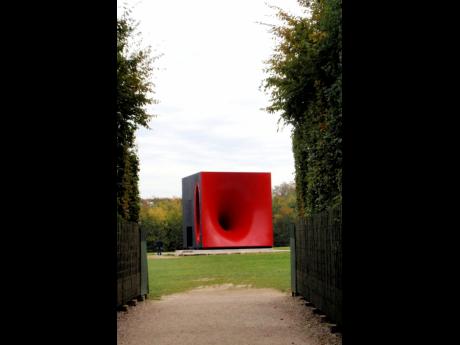 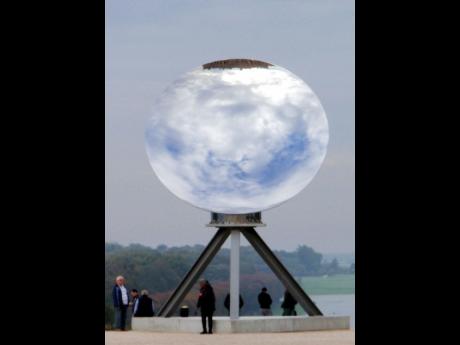 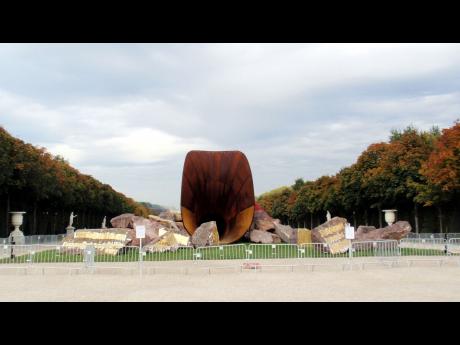 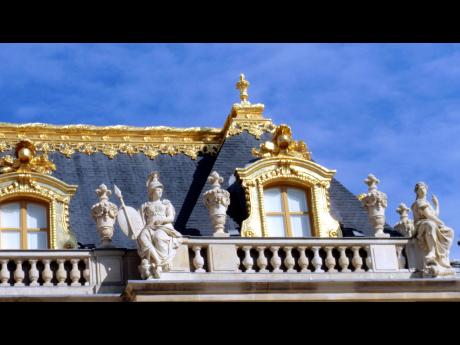 Gilt on palace with traditional sculptures. 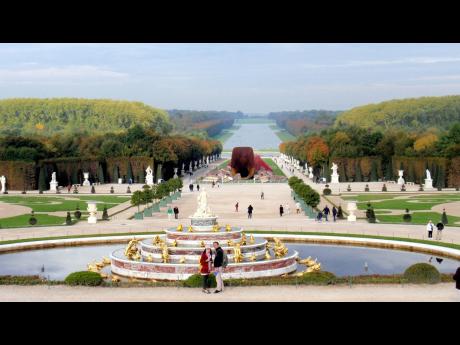 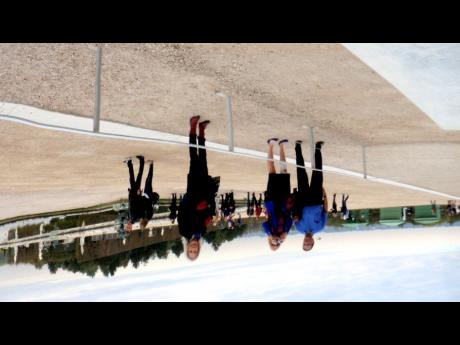 While Xi Jinping, president of the People's Republic of China, was hobnobbing with Queen Elizabeth II and Prime Minister David Cameron on a State Visit to London October 20-23, across town, the Royal Academy of Arts was hosting an exhibition of Chinese dissident Ai Weiwei's art, works of a decidedly political nature. Handcuffs carved from jade, the reproduction of six interrogation rooms and prison cells in which he was kept for 81 days under 24-hour observation by two watchers - these were but two of his works on display. The exhibition opened on September 19 and runs until 13 December.

Born on August 28, 1957 in Beijing, he was deeply affected by his father's treatment during the Cultural Revolution. His father, dissident poet Ai Qing, was denounced in 1958 and sent to a labour camp. Exiled near the Gobi Desert, Weiwei grew up in work camps, in great poverty. His attitude towards the State had obviously been affected by what he witnessed and what his family endured.

With Mao Zedong's death in 1976 and the end of the Cultural Revolution, the family returned to Beijing and in 1981 Ai Weiwei landed in New York City. Here he lived in a cheap flat on the lower East Side, studied at the Art Students' League from 1983-1986 and supported himself by doing odd jobs when he wasn't painting portraits of tourists in Times Square or playing blackjack in Atlantic City. Anti-establishment, Beat poet Allen Ginsberg, who had attended one of his father's poetry readings in China, was a neighbour and NY friend.

Ai Qing's illness in 1993 took Ai Weiwei back to China where his 'modernism' in art and outspoken political views eventually led to confrontation with Chinese authorities. The Sichuan earthquake in 2008, in which many schools were demolished and thousands of schoolchildren died, led to his memorial to them amid accusations that official corruption had allowed the use of shoddy building materials.

He published more than 5,000 dead children's names which resulted in the government shutting down his blog and a beating so severe he was hospitalised. "Straight" is the result. Lying as an undulating wave on the floor of the Royal Academy, hundreds of straightened rebars, 90 tonnes of steel bars collected from the ruins of the schools, have been straightened as a massive protest against the corruption which left so many children vulnerable to the earthquake. A nearby video recounts the disaster. Without that video and the background to his political activism, the work which took from 2008-2012 might appear implausible, even ridiculous.

Encouraged by some Shanghai officials to help create an art

centre near that city, he built his workshop in 2010, a studio where up to 40 or more assistants would give life to his concepts, only to be met with an official change

of attitude. The entire structure was demolished, another visual display at the exhibition which demonstrates the repression Weiwei has suffered.

Arrested April 3, 2011, after 81 days of incarceration, he was never charged with a crime and released, but his passport was withheld and returned only in July 2015, in time for him to help curate this exhibition. Now Danish toy company Lego catapulted him back into the news the end of October by refusing to sell him a bulk order of their bricks for fear they would be used to create something of a "political nature". The public response? Personal Lego donations are being left in the Courtyard of the Royal Academy of Arts to protest this corporate censorship.

Earlier in the summer at Versailles, the opulent residence of French Kings just an hour's drive from Paris, artistic drama of another sort unfolded. Ever since contemporary artists have been invited to install works in the formal gardens created by Le Notre, some have found the juxtaposition of modern and traditional too much with which to contend.

This year's selection of British sculptor Anish Kapoor who was born in Bombay on March 12, 1954 to a Hindu father and Jewish mother was no exception. Having moved to London in 1973, Kapoor studied at both Homsey College of Art and the Chelsea School of Art. In 1990, he was the UK's representative at the Venice Biennale before winning the Turner Prize in 1991.

He's known for his large curved, polished, metal surfaces which brought him to my attention initially, my favourite the elliptical metal 'Cloud Gate' in Chicago. With one work, 'Shooting into the Corner', located inside the Jeu de Paumes hall and five in the 800 hectares of Versailles' Gardens, I found 'Sky Mirror' the most compelling. Perhaps inspired by Chateaux de Versailles' famed Hall of Mirrors, recently restored to full splendour with its mirrors reflecting golden statuary holding aloft crystal candle torches, curved ceilings painted with scenes of historic moments and crystal chandeliers galore, Kapoor may have been tweaking his nose at this ostentation by creating one

simple polished circle to reflect the glory of nature's sky.

The artist is quoted as saying the he wants to make sculpture about belief, passion, and experience. Bearing in mind that Versailles was purchased by King Louis XIII, expanded and enhanced by Louis XIV, and was where Louis XVI and his ill-fated wife, 'Let Them Eat Cake' Marie Antoinette, stayed before being brought to Paris for their executions, Kapoor's 197-foot installation of steel and rock, which the artist described as "the vagina of the queen coming to power", was certain to raise eyebrows.

'Dirty Corner' has twice been vandalised with anti-Semitic graffiti. And then there's his interior orifice hidden in the garden labyrinths titled 'Sectional Body Preparing for Monadic Singularity'. Running from June 9 to November 1, 2015, the Kapoor exhibition is over, but this summer and fall London and Paris have had ample opportunity to grapple with two artists' conceptions of what constitutes art and its role in society.