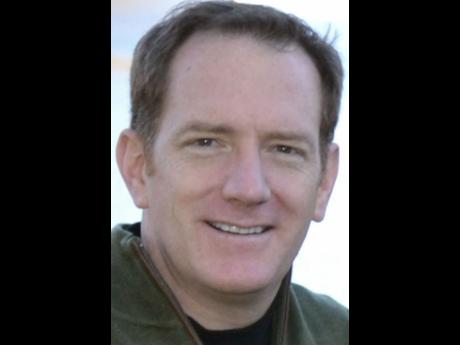 Raising Gentle Men: Lives at the Orphanage Edge highlights the work of the Sisters of Mercy in Jamaica and their dedication to assisting young men who, for a variety of reasons, have been deprived of the academic and trade skills

The book's author, Jay Sullivan, was a teacher at St George's College for two years, from 1984 to 1986. During his first year at the North Street-based institution, he volunteered at the then Alpha Boys' Home, assisting in administering the school's ministry programme. At nights, he also read bedtime stories to the more than 100 boys in the junior home.

"There was one large room with about 98 cots and the boys slept in this one room," Sullivan said.

In his final year, Sullivan lived at the convent with the nuns, and engaged the boys in different social activities, including taking them to the Hope Zoo and Hope Gardens and on beach trips.

"I saw first-hand the incredible dedication that these nuns had in taking care of these boys and the challenges these boys had while living in an orphanage," he said.

After leaving the orphanage and returning to the United States, Sullivan made the commitment that he would document his experience in a book that would be used to raise funds to help the Sisters of Mercy and their work at the then Alpha Boys' Home, now Alpha Institute.

This was 29 years ago, and despite his budding law career and philanthropic adventures, Sullivan has made good on his promise. "Overall, the book took about six years to write and also took a while to get published. I wrote it while on airplanes, in hotel rooms, and on business trips. I was determined that I would complete the book. I think my wife got tired of me talking about writing the book and told me to write the book and stop talking about it, so I did," he said.

The 330-page book was written encompassing different events that transpired at the institution, including themes that are adaptive to the everyday lives of these boys. Of the poignant themes, Sullivan indicated that the book was written giving guidance to some of the questions that boys normally raise in trying to figure out who they are, making sure they added value to the world and building a community of people who can help them to achieve their dreams.

"The book reads like a novel, and each chapter entails different events of when I was at the orphanage. It also highlights the work of these incredible women who helped to raise 'gentle men'. I would encourage

college students to think about volunteering for a few years after college to have an understanding of the landscape they are really living in," Sullivan said.

One of the key persons highlighted in the book is Desmond Plunkett, who is the community pastor at the Swallowfield Chapel. He is also featured on the back cover of the book, sitting with Sullivan back in the day at the Alpha Boys' Home.

"Sullivan represents, for me, a friend and father figure that I almost did not have. This was also the case for the other boys at the institution at the time," Plunkett said.

During Sullivan's tenure at the institution, Plunkett was among nearly 250 boys under the care of the Sisters of Mercy. He had an absentee father, and despite knowing his real father years after he became an adult, Plunkett still maintained a good relationship with Sullivan.

"It would be difficult for Sullivan to capture everything that happened in this one book. However, he was able to capture most of it. What is written captures important moments from his vantage point as a big brother and father figure to many of these boys," Plunkett said.

According to Plunkett, Sullivan was one of many

people during those years who lived on the periphery of the boys' lives, trying to help, and trying to understand. "He saw the relationships the boys built with each other, which kept them from being completely alone in the world. Whether from the inside or the out, they all lived at the orphanage edge," he said.

All of the author's proceeds from this book will go to support the work of the Mercy Sisters and the Jesuits in Jamaica, especially those at

St George's College. The book is available on Amazon at www.amazon.com or at Barnes and Noble at bn.com.

Sullivan is the managing

partner of Exec|Comm, LLC, a communications consulting firm. Between graduating from Boston College and attending Fordham Law School, he was a featured columnist in the New York Law Journal, where his Art of Communication column appeared regularly.

His articles and poetry, both humorous and serious, have appeared in The Golfer, Boston College Magazine, Catholic Digest, Parents Magazine, and other publications. He lives in Pleasantville, New York, with his wife and four children.

"These children don't just need a place to live and someone who takes care of them. They need someone who really cares for them, who will teach them about the world, who will explain what is right and what is wrong. These children need love, affection, but most of all, they need a real home," Sullivan said.

Throughout its history, Alpha Boys' School has cared for and given education and trade training to thousands of needy boys in Jamaica. Alpha Institute is now a CAP and Trade Training school with the aim of aiding and edifying young men by providing them with education, skills training, and a healthy environment to grow and excel.