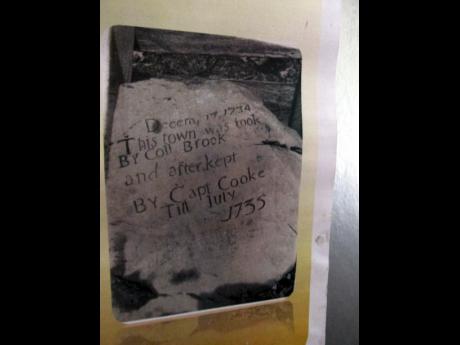 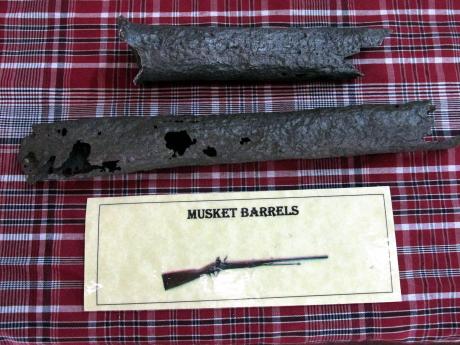 Paul Williams
The English might have had superior weapons, but the Maroons defeated them using guerilla tactics. 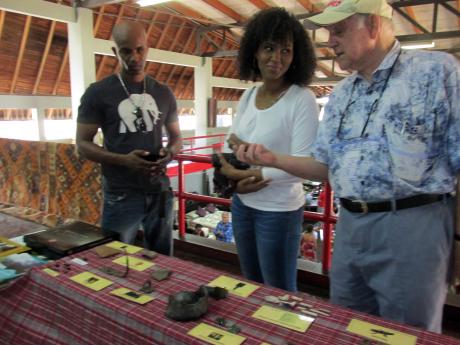 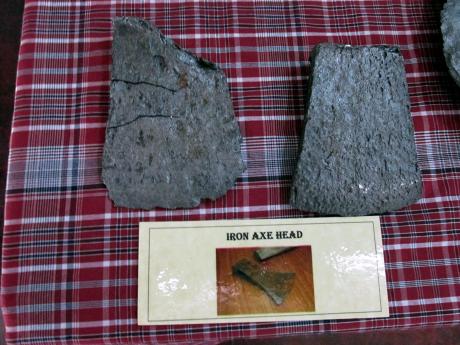 Paul Williams
These are not very different from the ones we use nowadays. 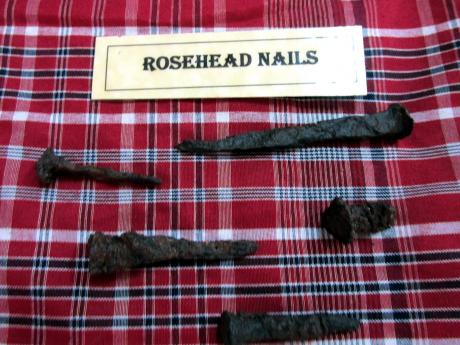 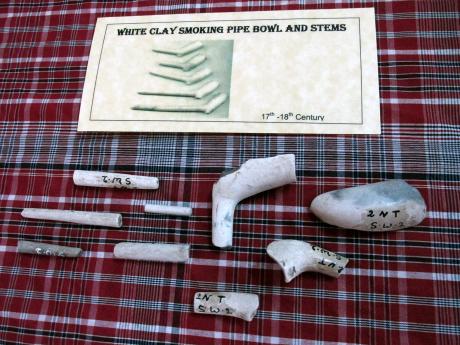 The Blue and John Crow Mountains National Park in which Old Nanny Town is located has to be one of Jamaica's most rugged terrains. Spanning the parishes of Portland, St Thomas, and St Andrew, it encompasses over 55, 845 hectares of mountains, hills, hillocks, and basins.

From the air and the ground, the vistas are breathtaking, but the old historic town itself, some people say, is inaccessible by foot. It really isn't. Yet, the journey there is a long and an arduous one, not for the weak, feeble, and the unfit.

First-time trekkers would have to be accompanied by people who are very familiar with the paths. At some points there are not even distinct paths, and existing ones might be overgrown. Mobile signals are non-existent for miles at some points.

In July, the region was inscribed on UNESCO's World Heritage List and is now a World Heritage Site, a mixed site, because of its outstanding universal natural and cultural value. The area is well known for its endemic flora and fauna and great biodiversity, but part of National Heroine Nanny's story unfolds there, thus the historical and cultural significance.

It is within this ecosystem that Nanny and other Maroons lived, using the flora and fauna to their advantage in the fight against the English. The town was eventually taken by the English, led by a Colonel Brook in December 1734.

But that wasn't the end of the war. Nanny and her followers continued the fight until the English called a truce and signed a treaty with Captain Quao in 1739. Nanny herself didn't sign. On the surface, not much remains of Old Nanny Town, and the place is regarded as a scared ancestral site by present-day Maroons.

But beneath the bushes and embedded in the ground are artefacts that tell the story of the peoples who settled there - the Tainos, the Maroons, and the English. And based on archaeological evidence, it is widely believed that at one point, the Tainos and the Maroons coexisted in the region.

To learn about that most interesting place, archaeologists have visited Old Nanny Town a few times. On record, Roderick Ebanks, technical director and archaeologist, led a team between December 1973 and January 1974, and in 1990, 1992, and 1994, University of the West Indies (UWI) professor Kofi Agorsah visited with a group that included students from UWI and the USA.

Some of the artefacts unearthed are at The Jamaica National Heritage Trust (JNHT), which is responsible for the preservation of Jamaica material heritage. The collection includes tools, utensil shards, weapons, bottle and clay pipe fragments, etc, and is available for public viewing.

"They are to expose us to the importance of our archaeology," Ainsley Henriques, chairman of the JNHT, told Arts & Education at a recent exhibition.

At the same event, in speaking with Selbaneous Walters, acting chief archaeologist at the JNHT, he told Arts and Education that the items are prized more for their historical rather than their artistic value. And from their appearance, yes, there seems to be no attempt by their makers to be artistic. It was all about utility. "They were just functional," Walters said.

Yet they say much about the tastes and the lifestyles of the peoples who lived at Old Nanny Town was a historical crossroads. They, perhaps, were artistic, too, but didn't translate their art to these items, some of which were understandably crude.

Crudity or not, "From an archaeological perspective, they are extremely valuable, providing information on the Maroons as they existed in Nanny Town," Walters said. "In terms of economic value, they are artefacts that have tremendous museum value. You can generate income from their display."

Despite their archaeological and economic value, there is no plan to carry out more excavations at Old Nanny Town, at least not anytime soon. The inaccessibility, costs, shallowness of the ground, and the sacredness of the site are some of the reasons why. Bits and pieces of the narratives will remain undisturbed, watched over perhaps by the indomitable spirit of Nanny herself.