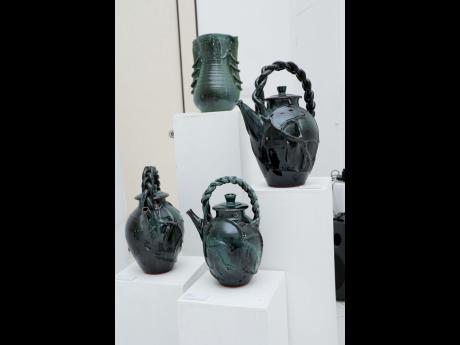 Mikey Wilson
Laced Up and Leaf 1-3 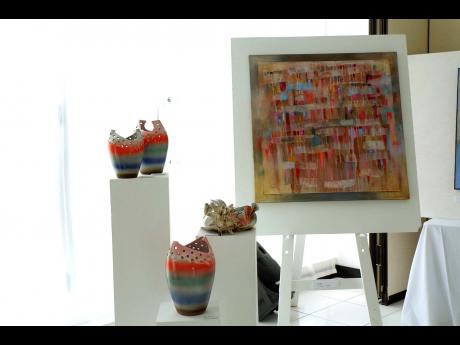 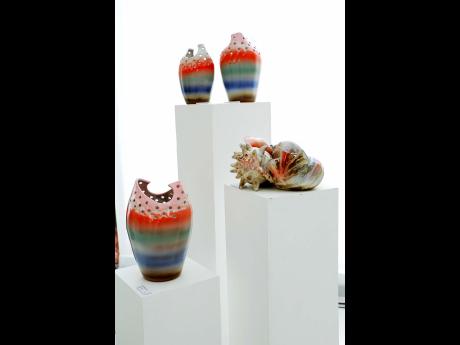 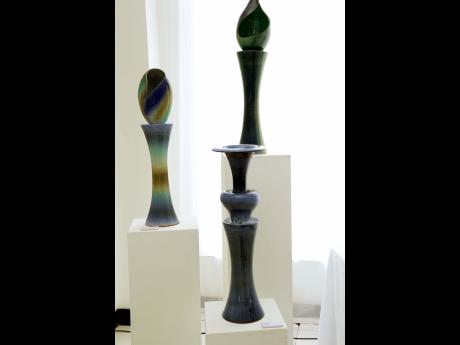 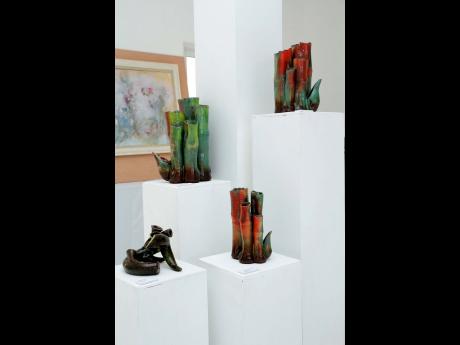 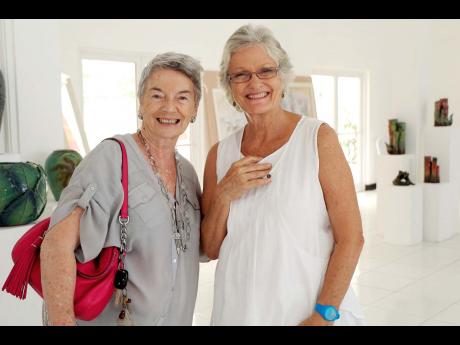 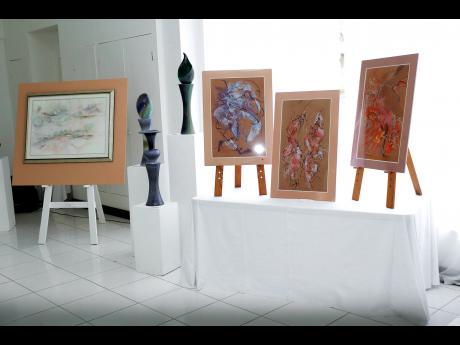 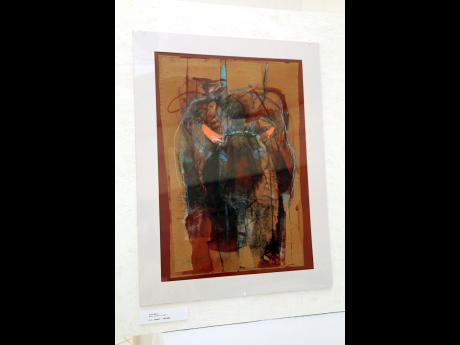 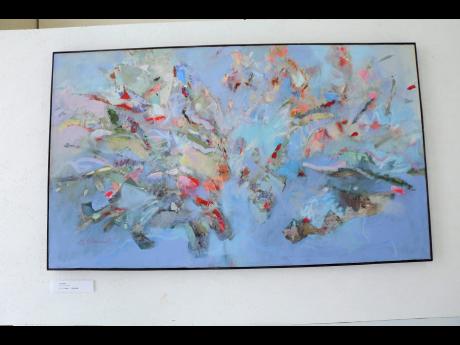 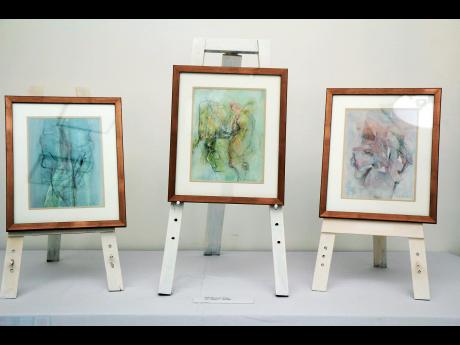 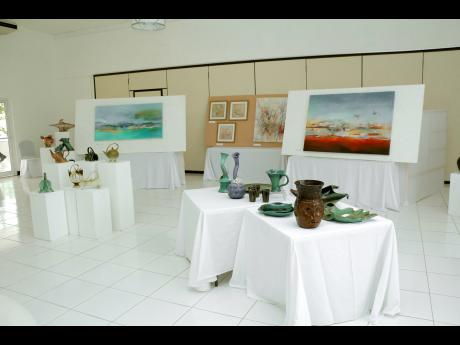 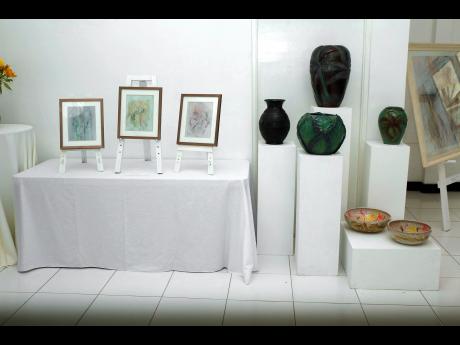 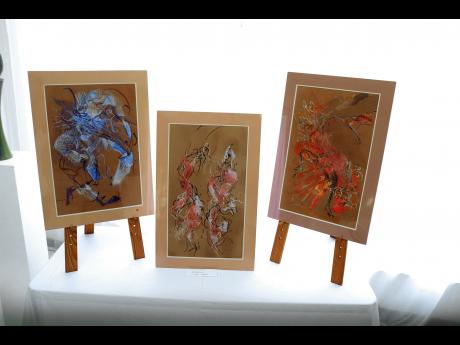 Hall's art studio is a creative space where imagination thrives, transforming clay into gorgeous sea-themed pottery which highlights the unique beauty of the coast - the way the sun reflects bright pastel colours and the unusual animal and plant life that surround the beach.

Most of his work reflected the distinctive attributes of the ocean - curvy pottery forms and a multitude of intense colours in the sea world well suited to the rich glazing palettes.

"My art is designed to make a statement and is referenced throughout the creations. Inspiring a relaxing atmosphere, they are designed to explore your creative spirit while enhancing the aesthetics of any area for a long time," Hall said.

Influenced by Jamaica's most famous potter, Cecil Baugh, Hall produces a diverse range of ceramic pieces with more than 20 years of experience working with clay. Working with Mustard Seed Communities, his sought-after pieces have brought much-needed income to the charitable organisation.

"I love ceramics," said an intrigued Jerry Campbell, whose attention was deeply cemented on Hall's creation of the 'Brussels Sprout'. "Looking at the colours and the unique styles, they are

definitely a collector's dream," she said.

Penelope Stewart's work coincidentally complemented Hall's pieces seamlessly, as both artists' were unaware of each other's presentations until they were mounted at the exhibition. Stewart, who lives close to the sea, said she used the natural elements around her to create her intricate yet colourful paintings.

"From the birds nesting near my window, to the gentle but vibrant waves of the sea, my paintings come naturally. I am simply on a journey, and my work is the visualisation of that passage. It is an ongoing quest to find the means of expression - colour language, exploration of technique and dimension," Stewart said.

Stewart grew up in East Africa and later relocated to England, where she studied and held a lectureship in a leading London school of art. In Jamaica, she has taught at the Edna Manley College of the Visual and Performing Arts, and after her recent move to Montego Bay, has created her own working

An avid art collector, Glynn Manley, widow of the late Michael Manley, former prime minister of Jamaica, who was on hand to view the exhibition was in awe of Stewart's work. "When you come in and look at the work, it is clean, clear and professional. They are quite attractive and shows amazing talent. She is, of herself, a

generous spirit as she works closely with the Mustard Seed Communities," Manley said.

Each year, the Mustard Seed Communities hosts a three-day exhibition of Hall's latest collection of ceramic art, along with select paintings from Stewart.

Mustard Seed Communities is an international organisation founded in 1978 in Kingston by Roman Catholic priest, Monsignor Gregory Ramkissoon. More than 30 years ago, through divine inspiration, Monsignor Ramkissoon and his team of supporters sowed one tiny mustard seed in the community of Mona Commons, St Andrew.

This seed has grown into a large and beautiful tree with 13 branches throughout Jamaica, providing for the well-being of approximately 400 children and young adults in Jamaica.

They employ close to 400 local workers, offering jobs, training and economic viability to people who would otherwise have little opportunity to break out of the cycle of poverty. Oversight of the organisation is given by a board of directors chaired by the Archbishop of Kingston, the Most Rev Charles Dufour.