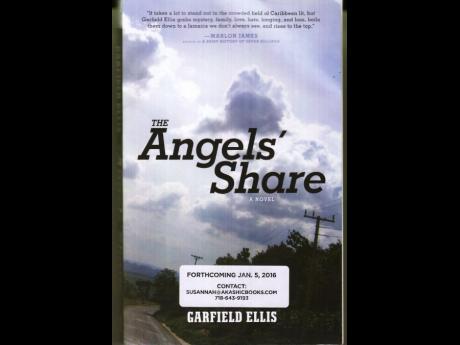 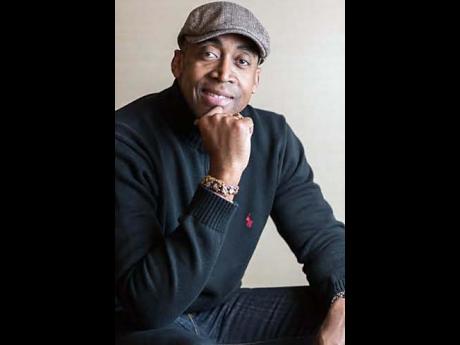 The Angels' Share is storytelling at its best. Garfield Ellis proves his salt as a veritable raconteur, leaving nothing to chance with vividly descriptive and detailed scenes. If you have never experienced Jamaica's natural beauty, The Angels' Share might be a good place to start. Ellis traverses Clarendon, Hampshire, Spalding, Ballards Valley, and Spur Tree Hill. The island's untamed beauty rears it head, and Ellis basks in its transcendence. But this tale is not really about an escapist's dream. Therein are enduring lessons about life and relationships.

For sure, we know nothing of what tomorrow brings, and Ellis' main character, Everton, more than proves the weight of this dictum. He gets a frantic call that his father is missing, a victim of senseless violence. He painstakingly postpones a presentation to his company's board, risking his career. He finds his old man, a bit derailed by a motor accident but sound and calculative. He somehow convinces Everton to accompany him to an old flame. Everton feels hoodwinked by his philandering father. An adventure under psychological duress, he thinks. This awkward bonding with his father opens a Pandora's Box.

prisoners of our past

Yes, we can be prisoners of our past - trapped and scarred by our upbringing. Here, love and hate jockey to emerge the winner.

Beneath the surface and the interplay between a father and son, there is a psychology case study that just cannot be ignored.

The author is deliberate as he constructs iron-clad characters that play their role with flawless abandon.

He puts on a clinic as he forays into the mind, its battery of defence mechanisms, and the adversity of emotional destitution. This is Freudian psychoanalysis 101 - our parents are the source of our problems.

Everton is not much of a sympathetic character. Not that he is maleficent. He is your typical young man with an eye for social mobility. "I am an executive," he says with an air of arrogance. He is driven, poised to climb the cooperate ladder. Not bad. But there is a gnawing insensitivity that shamelessly invites readers to challenge it. Materialism, if only to mask his insecurity is his priority. And he can be condescending, cold, and distant to strangers, even if they are afflicted. The more readers peer into his psyche, the more they will conclude that the author has hoisted a troubled, psychologically fractured individual unto his stage. On the surface, he appears tempered, but there simmers a wound, a pain that needs time - lots of it - to heal.

The spectre of guilt and shame shadow Everton's and his father's every move. His father's bravado, chivalry, and nonchalant swagger hide the haunting guilt of ignoring his son during his formative years. And Everton is still consumed by shame of idolising a man that proved elusive. He reflects on his past, always. He is combative, pugilistic at school, boasting about a father so distant. But when challenged by a peer that his father is never around, he explodes, his memory so vivid. "My hatred for my father is my own. There is no strategy to the attack, no form to the madness. I am an animal broken loose, teeth bared, biting, sinking into dirty flesh till blood runs down my face ... . Angry animal gurgling and savage grunts coming from me."

A list of questions to ask his father is his constant companion. He is jealous of his siblings too for he was that 'outside' child yearning for his father's daily attention. Weekend visits? A panacea, they are not. He has become a live fuse - demon possessed, many thought - driving his mother to near insanity.

And now father and son find themselves together on this road trip. A misadventure in the wilderness of St Elizabeth force them to battle the elements and avoid capture by gun-toting men as they stumble upon a ganja field on a property just bequeathed to Everton by his father. But overcompensation is sometimes disingenuous. Everton is dismissive, unimpressed.

He must speak his mind, exorcise his demons, confront his father, and get answers. And find closure. He must shake free from a dysfunctional relationship even if it takes inebriation to make his voice heard.

Barely escaping death, he becomes more assertive, unafraid. "... You were never there. I was never important. I am the bastard, the one outside ... now everything you want you call me ...". His father is shell-shocked, but so, too, is Everton. "I begin to feel horrible. But I tell myself he needs a dose of reality." He later reflects, I do not want to think of him, do not care about him now, no matter what he says, what he does, how he behaves, there is no way I will apologise to my father.

Interestingly, his verbal assault pays dividends. His father's chivalry and chutzpah are smothered by tears. He becomes more authentic, natural. As the ice between father and son thaws, a comment made during a tour of a rum-making factory is telling, decoding the abstract title of the book. "No matter how we fill it [during the evaporation and fomentation process], when we get it back, 10 or 15 per cent is missing from the top," says the tour guide to which Everton's father responds, "The angels take it." And therein we find the key to Ellis' brilliant work. Yes, there are matters best left to Providence. At times, we must surrender, accept destiny, our fate. The twists and turns, and surprising denouement of this compelling work speak volumes.

Imaginative and insightful, The Angels' Share beckons us to look deeper, beyond the personas and the camouflage lives we construct.

n Send feedback glenvilleashby@gmail.com or follow him on Twitter @glenvilleashby. Dr Ashby is the author of' Anam Cara: Your Soul Friend' and 'Bridge to Enlightenment and Creativity'.